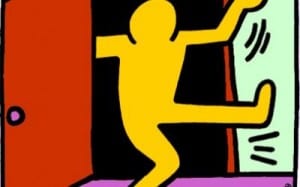 Who is keeping up the fine tradition of film in Culver City? Addie Clary-Wilson and Flora Namala, two students at AVPA Film. Join the crowd this Saturday, May 9, to celebrate their nomination for Best Directing at the STARdance Youth Film Festival. Addie Clary-Wilson’s documentary film, ‘Open Closet Policy‘ which explores coming out in high school, is one of four nominated in the Best Directing category.

Flora Namala, the co-director and editor, has been vital to post production supervision of the film and has overseen tireless application into film festivals. The film will screen for a live audience at 9 a.m. at the historic Vista Theatre in Los Feliz on Sunset Boulevard.