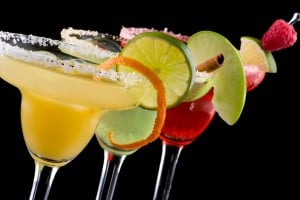 “Our main goal is to save lives,” said Chief Bixby, of the Culver City Police Department. “Around the county, we want to debunk the myth that you can drink until you feel it and then get behind the wheel. You can’t. Remember that Buzzed Driving Is Drunk Driving.” Cinco de Mayo can be a fun and festive time for those who choose to celebrate the right way: with a plan for a sober ride. If you make your plans when you’re sober, you won’t make a bad decision when you’re drunk.

The new SaferRide app from the California Office of Traffic Safety-DDVIP – free and downloadable – is aimed at thanking those designated drivers, and encouraging friends who party to have a system in place for a safe trip home.

In the United States, Cinco de Mayo – like St. Patrick’s Day – is for many people just an occasion for having a good time with alcohol. Do you plan to join the fiesta on May 5th? Traffic and patrol officers assigned to duty will be on heightened alert arresting impaired drivers to prevent a senseless tragedy due to alcohol or drugs.
The unfortunate truth is this: many people might be making party plans for Cinco de Mayo, but they aren’t planning ahead for getting home. Only 64 percent of the drivers in fatal crashes on Cinco de Mayo weekend in 2013 had no alcohol in their systems. What about the other 36 percent? They were driving after drinking. Too many people are lying to themselves about the dangers of drinking and driving. Some fiesta-goers think that they can play it by ear, and wait until after they drink to decide whether they’re “okay to drive.” By then, it’s too late.
Recent statistics reveal that 30 percent of drivers in fatal crashes had one or more drugs in their systems. A study of active drivers showed more tested positive for drugs that may impair driving (14 percent) than did for alcohol (7.3 percent). Of the drugs, marijuana was most prevalent, at 7.4 percent, slightly more than alcohol. Mixing medication or drugs – legal or illegal – is a dangerous cocktail. Specially trained drug recognition experts will be checking for drug impairment whenever suspected.
If you don’t designate a sober driver ahead of time or have a solid plan for how you’ll get home safely, you are setting yourself up for disaster. Buzzed Driving Is Drunk Driving, and when you drive drunk, you run the risk of killing yourself or someone else. Even if you don’t harm anyone, the average DUI costs about $10,000. Wouldn’t you rather pay for a taxi?

The statistic to remember is this – drunk driving deaths are 100% preventable.