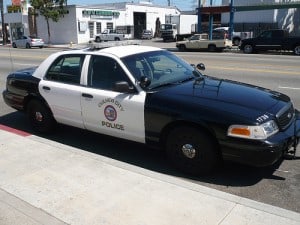 On April 23, 2015 at approximately 0205 hours, Culver City Police Officers responded to the 11100 block of Washington Boulevard regarding a man with a gun and shots fired call. When officers arrived, they met with the uninjured victim and witnesses who provided information about the identity of the suspect and his possible location. The suspect was identified by name and description as Christopher Mangan. A perimeter was established in the area of a business on the 11300 block of Washington Boulevard, while attempts to make contact with Mr. Mangan were underway. A short time later, Mr. Mangan was taken into custody at this location without incident. He was placed under arrest and charged with assault with a deadly weapon.
Please contact Lieutenant Sam Agaiby with any questions at 310-253-6258.