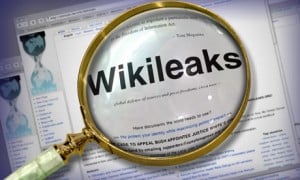 A lawyer for Sony Pictures Entertainment, responding to the publication of hacked company documents on WikiLeaks, sent letters to media outlets urging them not to make use of the data.

“SPE does not consent to your possession, review, copying, dissemination, publication, uploading, downloading, or making any use of the Stolen Information,” David Boies, with the law firm of Boies, Schiller & Flexner LLP, said in the April 17 letter, which was reviewed by Bloomberg News.

WikiLeaks’ publication this week of more than 200,000 internal Sony Pictures documents reopened a painful wound for the studio, part of Tokyo-based Sony Corp. Its computers were hacked last year by cyberterrorists linked to North Korea by the U.S. government. The attackers were protesting the studio’s release of “The Interview,” which made fun of North Korean leader Kim Jong-Un and depicted his assassination.

Julian Assange, editor-in-chief of WikiLeaks, known for its unauthorized publication of documents, said the Sony files showed “the inner workings of an influential multinational corporation” and that they belong in the public domain.

Boies challenged that view in his letter.

“WikiLeaks’ conduct rewards a totalitarian regime seeking to silence dissident speech, and imposes disincentives on entities such as SPE who depend on trade secrets, confidential information, and protection of intellectual property to exercise their First Amendment rights every day,” he wrote.

Boies sent a similar letter to media outlets on behalf of the Culver City studio late last year when news outlets across the world were reporting on the content of the e-mails, including information on executive and celebrity pay and private e-mail exchanges between Sony officials and filmmakers.