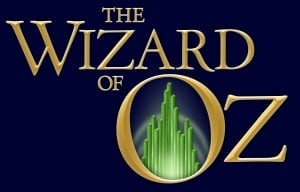 There’s no place like home, and Culver City has been home of THE WIZARD OF OZ since MGM (now Sony) Studios released the film 76 years ago. This year, Culver City Middle School’s own “CCMS Performances,” a production company run by and for students, will follow their (yellow brick) road of successful Broadway productions, which include: ONCE ON THIS ISLAND in 2013, SEUSSICAL in 2014, and now, THE WIZARD OF OZ.

It all started in 2011, when the leadership of Culver City Middle School realized that students would benefit more from specific enrichment and/or intervention activities within the school day than the then-accepted notion of “silent sustained reading.” Just as The Scarecrow didn’t necessarily need a diploma to show he was smart, theatre-loving middle school students don’t necessarily need a “Drama” class to “teach” them how to run a production.

By middle school, many students have pursued their interest in the arts through extra-curricular activities for so long, that they can already share their talents as peer leaders. This is the time of life when students start garage bands, write their best poetry and song lyrics, partake in improv, dance or other arts endeavors, before the seriousness of college-preparatory high school life ensues. For students who already excel at the middle school standards, working together on a musical theatre production is a great answer to the question, “what can we do for students who have attained mastery?” Even students who have not mastered every standard in every subject deserve a chance to be involved in comprehensive enrichment activities such as theatre production, debate club, or student court.

And all students do have a chance. Auditions were held by 8th grade producer Isa Berliner and her student production team early on in the school year. Isa and her team of producers and directors cast Emilien Sahli, playing Mayor of Munchkinland, without realizing that he is actually the son of Culver City mayor Mehgan Sahli-Wells. Other cast members include: last year’s star of Seussical, Frances Horwitz, as Dorothy, in this, her last year at CCMS. 8th grader Erin Hamill, who stole the show in a supporting role in Seussical last year, gender-bends in a starring role as The Scarecrow. 7th grade actors James Kocher and Stanely Funnel round out the rest of Dorothy’s entourage, while 7th grader Rika Nagai plays Good Witch Glinda, and 8th grader Shavit Melamed is the Wicked Witch of the West.

Not just an adaptation, this stage production is said to be true to the film version, with some extra twists. CCMS Performances have never disappointed; the professional quality of the acting, singing, dancing, sets, costumes, stage design, lighting and sound, have astounded audiences year after year. The musical accompaniment has always been a special treat, but this year, there is a full orchestra composed of both CCMS and CCHS students, conducted by CCUSD parent and professional pianist, Dr. Tania Fleischer. This will be a concert in itself, and not to be missed!

The students make all creative decisions, set their own schedules, and cooperate in two coordinated teams: cast and crew. Being minors, adult supervision is still required. The idea of a student-run production company was hatched and nurtured by Ruth Morris, then-Coordinator of the Gifted and Talented Program at CCMS. This year, Ruth moved on to a new position as Programs Coordinator/Gifts Advisor at Culver Park High School, CCUSD iAcademy and Culver City Adult School, and CCMS counselor-extraordinaire Jeanine Lizotte shepherded the production. Both Ruth and Jeanine were joined through the years by CCMS teachers who also believed in student empowerment and enrichment: last year, 6th grade ELA teacher Cathi Green-Bratton and Spanish teacher Raul Hurtado during what was the ground-breaking “AEIOU” (Advisory-Enrichment-Intervention-Olweus-Us), and this year, by 7th grade ELA instructors Brianna Capillo and Jen Ogren, during the current incarnation: “Panther Paws.”

Although there’s no “Drama” teacher involved, as with all productions, there’s “drama” on and off the stage! Until the new “Panther Paws” got off the ground this year, rehearsals only could begin in December/January. This year, with only one 25 minute period during the school day, compared to two during-school hours in prior years, the students worked with middle school administration to have an aide paid to supervise students on Wednesdays after school. Now that several former members of CCMS’ Performances cast and crew have graduated on to CCHS, joint-cooperation between our secondary schools has transitioned from dream to reality. The high school set crew, and Kirsten Opstad, set and lighting designer for AVPA, have been engaged by Isa, and are mentoring their underclassmen and helping to build the sets. The middle school production has also been given access to the high school scene shop. Culver Park High School’s AVPA Cinematographer Kevin Mayorga will also be assisting the production. As things sometimes do happen, the cast just received their scripts on Wednesday before spring break! Through various challenges and tribulations, but with the support of all involved, from parents to teachers and administration from all three CCUSD secondary campuses, the cast has gotten very close and have made lots of friends.

In case there are any doubts about the quality of CCMS Performances productions, DVDs of last year’s Seussical are available for purchase prior to the 25th at the CCMS’ Main Office for $10 (contact Ms. Pealer) and will be sold at Robert Frost before and after the shows, and at intermission.

Come and see one or more of four performances: Saturday, April 25th, at 3pm and 7:30pm, and Sunday, April 26th, at 2pm and 7pm. Tickets are $10 per person, ages 5 and up, and will be sold at the Box Office from one hour prior to each show, on a first come, first served basis. All proceeds from ticket sales go directly to benefit enrichment programs for Culver City Middle School students.