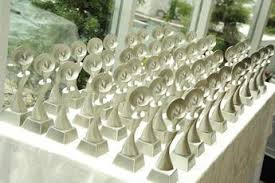 National Public Radio is a first rate news source, it’s great news when NPR is recognized for their outstanding coverage by, for and about women.  “Grave Science,” an NPR news app exploring the U.S. military’s inefficient means of returning war casualties home, is one of the four stories that garnered a Gracie Award,  a national award for outstanding investigative program or feature. The story was produced in conjunction with ProPublica. It also won the same award in the division for local and public media.

Don’t know the Gracies? The Gracies recognize exemplary programming created for women, by women and about women in all facets of media and entertainment, as well as individuals who have made contributions to the industry.

The Gracies are presented by the AWM Foundation, the philanthropic arm of Alliance for Women in Media which supports educational programs, charitable activities, public service campaigns and scholarships to benefit the public and women in the media. The Gracie Awards, established in 1975, honor programming and individuals of the highest caliber in all facets of radio, television, cable and web-based media, including news, drama, comedy, public service, documentary and sports.

Another Gracie for outstanding online programming went to NPR’s Kainaz Amaria and Claire O’Neill, who produced “Talking While Female.” The video animation featured women who work at NPR discussing the phenomenon of vocal fry and how people respond to their voices.

A look at sexism in the gaming world, “Gamergate: Microcosm for Sexism,” won an award for outstanding interview program or feature. It originally aired on KUOW in Seattle.

Some well-known female radio broadcasters were also awarded Gracies. On The Media host Brooke Gladstone of WNYC was honored for being an outstanding host. Renee Montagne received a Gracie for outstanding anchor for her work on Morning Edition.

The Alliance for Women in Media will distribute the major awards in Los Angeles in May. Awards for local, public, digital and student winners will be given out at a separate ceremony in June in New York City.