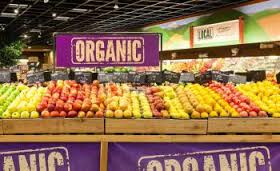 A small grocery chain from the Pacific Northwest will take over seven Albertsons locations by late April as it continues its march into the Southern California supermarket landscape.

The Federal Trade Commission required the merger partners to sell off some of their stores and Haggen jumped at the chance to increase its store footprint by 811 percent.

Haggen Inc., which has 18 stores in Washinton and Oregon, purchased 146 Albertons, Pavillions, Vons and Safeway stores, including 83 in California.

Bill Shaner, Haggen’s new regional CEO for the Southwest, emphasized that Haggen is a full-service grocery store and not a boutique store. Shaner said Haggen stores blend elements of traditional stores like Albertsons and Vons with aspects of higher-end stores like Whole Foods and Gelson’s.

“Customers don’t have the hassle of going to have to go to two or three stores to get the products they want,” he said.

Haggen began converting stores in late March and will continue through May. All seven South Bay and Harbor Area Albertsons — three in Redondo Beach, two in San Pedro and one each in Torrance and Lomita — will be converted by the end of April. Stores in Culver City and Mar Vista also will change over in late April. the Culver City location  is scheduled to open April 28