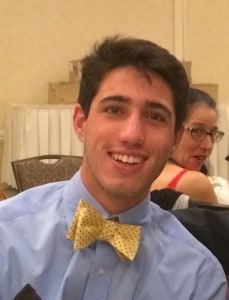 The Culver-Palms Family Annual YMCA Youth & Government Delegate Recognition Banquet took place on March 8th, 2015 at the Doubletree Hotel. My younger son has been involved with this organization for the past three years, and his experiences in the program has shaped him into the man he is today. His accomplishments became the fodder of college and scholarship essays, because, when you apply to our nation’s best universities, “mere” stellar grades, top marks on AP tests, and other earmarks of academic success are not, actually, enough these days, to be accepted to a top-ranked university.

To tell the truth, I had been a little bored at the last two years’ banquets, with typical hotel luncheon fare and hours upon hours of speeches. My son was just coming up in the ranks, so I didn’t have as much of a vested interest. Add to that, during most of the school year, the organization took up tons of my son’s time, from every Thursday night at first, to additional Monday and sometimes Tuesday nights, as his responsibilities increased. That’s not to mention many, if not all, long weekends of the year spent at this or that conference, and once a year in Sacramento. I often complained about our lack of quality time together. He castigated me for my prior whining, when he saw how engaged I was this past Sunday, which was to be his farewell, at least for the moment.

The first year, when parents were invited in for the “bill hearing” night, the students practiced their research and public speaking skills by creating and proposing bills to a model legislature made up of other Youth & Government students statewide. I watched my son sit quietly in the audience. During the second year, he was a little more animated, having proposed a bill that would disallow public schools from confiscating private property from students. My son spoke well, and the bill was well-researched. It passed in Sacramento, and even though Governor Brown does not actually sign the bills, the timing of this initiative was appropriate. With or without actual law, schools have ultimately relaxed their stance on cell phone, skateboard and other personal item confiscation policies since that time.

I’d known a lot of the students involved in CPY, from my work at our local middle school as Gifted and Talented Education Coordinator. Not all “CPY” students are GATE students, but many GATE students are attracted to CPY, because it allows them an outlet for their interests and abilities in public speaking, debate and community service. Coincidentally, at this week’s CCUSD board meeting, the Culver City High School student representative reported to the school board how “CPY Students” (actually only two of them, and one I know intimately) had arranged for a debate activity during the so-called “Centaur Plus” period, and how more enrichment activities like this were now in the works, to complement the intervention programs. They proposed and earned immediate approval from their visionary principal, and quickly found a teacher-advocate for themselves. About forty students showed up to the lunch sign-up, even without (as yet) 9th graders, many already with proven speaking and debate skills not only from Youth & Government, but from their prior participation in what was known as “AEIOU” at Culver City Middle School. AEIOU was based on “E” for Enrichment activities, but also was inclusive for ALL students, in providing “I” for “Intervention,” “A” for “Advisory, as well as “O” for the “Olweus” model anti-bullying program. (See back issues of Ruth’s Truths on the creation and workings of what was the AEIOU program).

Back to The Culver Palms Family YMCA’s Youth & Government, which boasts about 100 students here in Culver City, and 3000 students state-wide. My realization this past Sunday was not just how significant the students’ (including and prominently my son) involvement was, but that it was NOT just a self-congratulatory experience like so many youth programs are today. Unlike the YMCA’s own basketball program for younger kids, where every student gets a trophy, and they don’t keep score for the youngest tots, here, NOT everyone gets an award or an accolade, in fact, students had to step forward, and sometimes even – ssshh! – compete for positions and duties.

Out of the hundred students that are involved, in this blessedly mixed-grade grouping of self-selected 9th to 12th graders, only eight students get to be officers. These eight students are in turn advised by eight community members, who are currently in college or beyond, and have a desire to give back to their community. I have now learned well, to quote this last year’s Y&G president, Ray Stachowiak, “That’s what the YMCA is all about.” I have rarely seen a greater opportunity for youth to learn about leadership.

1000 words cannot suffice to extol the virtues of our local YMCA, not only providing us with this magnificent Youth & Government opportunity, not to mention the Gary Troy Foundation, which supports participation for students in need. But here’s something else: through an e-mail trail I’d received about my son’s activities, it occurred to me to ask the YMCA if they would be interested in working on a health and fitness program for the school where I now work: Culver Park High. Culver Park is part of a network of CCUSD’s offerings for alternative education, including Culver City Adult School, and the CCUSD iAcademy, where we cater to students better served by a more personalized environment than a comprehensive high school. Our YMCA LOVED the idea, and their entire management team showed up to brainstorm and collaborate. They brought us two amazing coaches who’ve become part of our village, honoring our students’ lives and livelihood by helping them graduate and become fit and healthy while they are at it.

To quote a line from Y&G President’s closing speech this past weekend, “This program has the capability to change your life…we’ve paved the way for future generations.”