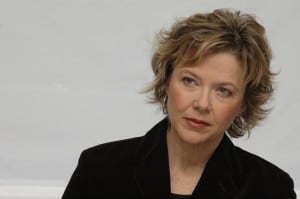 Lexikat Artists, in association with Chapman University, is proud to present the return of IF ALL THE SKY WERE PAPER on Saturday, March 14 at 7:30 pm and Sunday, March 15 at 2:30 pm at The Kirk Douglas Theatre, 9820 Washington Blvd. in Culver City. The play is a moving, dramatic reading of real wartime letters by soldiers, Marines, sailors, and airmen, as well as their family members at home.

IF ALL THE SKY WERE PAPER was written by award-winning Author Andrew Carroll, is directed by John Benitz, and is based upon Carroll’s bestselling books War Letters and Behind the Lines. In 1998, Carroll launched a national initiative to honor U.S. troops, veterans, and their families by preserving their wartime letters. Since that time Carroll has traveled to 40 countries, including Iraq and Afghanistan, and has collected more than 100,000 previously unpublished letters (and now emails) from every conflict in American history.

IF ALL THE SKY WERE PAPER features the best of the letters that Carroll found and also tells the story of his harrowing but inspiring journey to seek out what he calls “the world’s great undiscovered literature.” The actors portray the real-life military men and women and their loved ones at home, acting out the full spectrum of emotions experienced in times of war. From the incredible ferocity of battle to the pathos and humor of everyday life, these letters and the story of Carroll’s search will deeply move and inspire audiences.

IF ALL THE SKY WERE PAPER has been awarded a prestigious grant from The National Endowment for the Arts and a grant from Cal Humanities to help reach audiences around the country through a series of readings and performances.

*A portion of ticket proceeds will support United States Veterans Artist’s Alliance (USVAA), The Soldiers Project and the Wounded Warrior Project.
**Performance will be followed by a reception with the director, writer and actors.