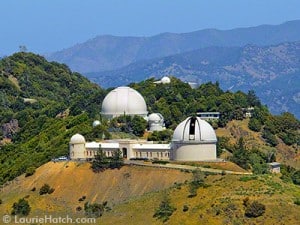 Google Inc. has given $1 million to the University of California’s Lick Observatory in what astronomers hope is the first of many private gifts to support an invaluable teaching and research resource for the state.

The unrestricted funds, spread over two years, will go toward general expenses, augmenting the $1.5 million the UC Office of the President gives annually to operate the mountaintop observatory for the 10-campus UC system.

“This is very exciting,” said UC Berkeley astronomy professor Alex Filippenko, who has been beating the bushes for funds to operate the observatory after UC support dropped as a result of the recent recession.

“Astronomy is the ‘gateway science’—kids are enthralled by cosmic discoveries, spectacular images, and far-out concepts, which can inspire them to pursue technical fields such as applied physics, engineering and computer science,” Filippenko said. “So there’s a real opportunity to make a difference, through the research, education and public outreach we do at Lick Observatory.”

Lick Observatory, located atop Mt. Hamilton east of San Jose, was established in 1888 and currently houses seven telescopes, including the Katzman Automatic Imaging Telescope run by Filippenko, which scans the sky each night in search of exploding stars (supernovae) and helps astronomers understand the accelerating expansion of the universe and dark energy. Another robotic telescope, the Automated Planet Finder, closely examines many stars each night to find planets that may be orbiting them.

Faculty, researchers, postdoctoral scholars and students throughout the UC system can observe 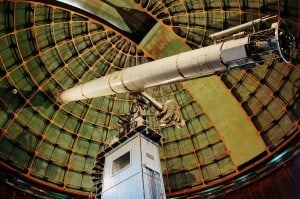 remotely on the main general-use telescopes, the three-meter Shane telescope and the one-meter Nickel telescope. “These telescopes provide undergraduates with a unique opportunity to participate in substantial astronomical research,” Filippenko said. “I have about a dozen undergraduate students doing Lick research now, many more than ever before.”

Before the recession, Lick’s budget was about $2.5 million annually to support astronomers and students from eight of the 10 UC campuses as well as the UC-managed Department of Energy labs. Most of the first 100 planets orbiting other stars were discovered at Lick using a forefront instrument that was the best of its kind at the time. Lick observations also helped reveal the presence of giant black holes in the centers of galaxies.

The telescopes are used not only for original observing in the optical and infrared, but also to design and test new instruments destined for larger telescopes, such as the 10-meter Keck telescopes. For example, development of laser guide star adaptive optics, which allows the world’s largest telescopes to stabilize their images to improve sharpness and achieve results in some ways superior to those of the Hubble Space Telescope, was pioneered at Lick.

“At this time, UC is providing basic support at $1.5 million per year, but we really need at least $2.5 million per year to improve the observatory, moving forward vigorously at the cutting edge of research and education. To maintain and expand Lick in the long run, we seek an endowment of about $50 million,” Filippenko said. The interest on that endowment would be used to provide annual operating funds. “This major award from Google should go far, giving us time to raise additional funds.”