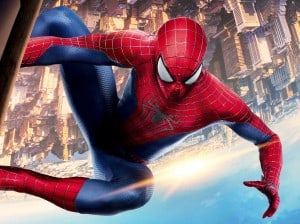 Kevin Feige, president of Disney’s Marvel Studios, and Amy Pascal, the outgoing co-Chairman of Sony Pictures, will co- produce the next “Spider-Man” movie for release in July 2017, according to a statement from the Culver City unit of Sony on Monday, Feb. 9, 2015 . The superhero will appear earlier in an unnamed Marvel film, and the companies will look for ways to bring other Marvel characters into Spider-Man films.

The deal ends the isolation of Spider-Man, one of Marvel’s most important comic-book characters, which has been part of Sony’s film lineup for more than a decade. Disney acquired Marvel in 2009 and, under Feige’s supervision, has made several blockbusters weaving superheroes such as Iron Man, Thor and Captain America across its films. By bringing in Feige to help revive its most-valuable franchise, Sony gains Marvel’s expertise plus tie-ins to other characters.

“This is the right decision for the franchise, for our business, for Marvel, and for the fans,” Michael Lynton, chairman and chief executive officer of Sony Pictures Entertainment, said in the statement.

Sony Pictures will continue to own the Spider-Man films and have final creative say. The studio will finance and distribute the pictures, which have grossed more than $4 billion worldwide since 2002.