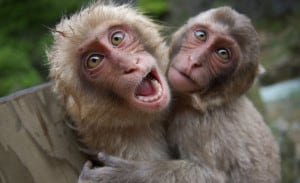 Jethro Dude did you see it? It was awesome! It was all dark and then all the sudden there was this big white spaceship and it totally flew sideways and landed in the middle of the street. One whole side of it totally opened up and light shot out of it and we saw the creatures inside! They moved way super fast and they had gleaming metal probes and an operating table! They released some powerful gas into the air and it hypnotized all the people and it turned them into zombies. They were totally tractor beamed, man, they couldn’t get away. The aliens didn’t take anyone aboard, but it sucked about 50 people all around it and shot little yellow torpedos straight into their faces! It was terrifying! Dude, I thought I was tripping but my buddy Sam saw the whole thing too. He got hypnotized by the smell and almost turned into a zombie but I held onto him and yelled “DUDE! KEEP IT TOGETHER MAN! DON’T FREAKIN GO TO THE TORPEDOS. THEY WILL SUCK OUT YOUR BRAIN!” I almost lost him, Jethro, but then all at once, the spaceship closed the big metal doors and and just totally flew away and all the zombified people turned normal and walked away. But the smell hung out for a while. It was awesome and terrifying. Dude, I think something really big just happened but no one is freaked out. The aliens stole their brains and now they can’t remember what just happened. Jethro we should totally tell someone about this! That smell is still here and its driving me crazy. Its making me want to bite Sam’s face off. What the hell, Jethro?

That was a Taco Truck.