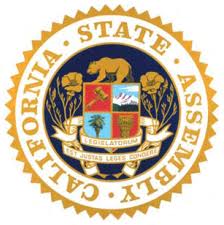 Assemblymember Ridley-Thomas announced plans to host the California Budget Priorities Forum for 2015 – Los Angeles and Culver City. This will be a community public policy gathering on state budget priorities for the 54th Assembly District that will focus on the impact of proposed state spending on the cities of Los Angeles and Culver City in Fiscal Year 2015-2016 beginning July 1.

Assemblymember Ridley-Thomas said, “Governor Jerry Brown’s budget will affect every community in California, but the impacts of his proposed budget may vary widely from small cities to large metropolitan areas. It will be important to hear thoughts and opinions from local officials, civic leaders and community stakeholders in Los Angeles and Culver City regarding their view the Governor’s spending plan and how they would advise me and my colleagues in the state legislature as we begin our task of shaping California’s fiscal priorities for 2015-2016.”

Local Senate and Assembly members will join senior officials from state government departments to serve as moderators of the forum’s breakout sessions.

Rusty Hicks, executive secretary-treasurer, Los Angeles County Federation of Labor will deliver a keynote speech on the importance of the state’s upcoming fiscal year spending plan and the budget’s significance to working families.