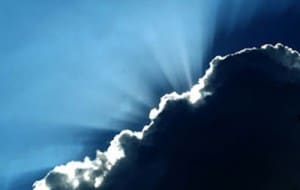 I’ve started to write about Sony many times in the last few weeks, and I’ve been unable to get to the end of the page before some other breaking news changed the story yet again. It would be funny if it were not so serious.

In all honesty, had this hack attack been inflicted on Paramount or Universal, it would scarcely have attracted my attention. We are not a one company town, and yet we are a city that feels every move that Sony makes, and while the repercussions are still unknown, they will affect us all.

I’ve had a dozen conversations over the last two weeks that have ended with the same easy punch line.

When I’ve asked “What does it mean when another government (allegedly) hacks an international corporation over a piece of art?” The glib answer I keep getting is “Well, that’s not ART.” Ba dum bump.

So, ok, I get the joke, I’m not a fan of the ‘frat boy/fart joke’  kind of comedies that are such typical movie fare, but that’s like standing in front of a Jackson Pollack painting and saying “That’s not ART” because  you don’t like abstraction. It’s a movie that cost millions of dollars to produce and someone thought it was worthy of investing in. It may not be literature, but it’s more significant than lunch.

It’s one small part of the problem; while the box office stays fixed on receipts from frat boy culture, the need for comedies to be more grotesque and more disgusting creates a downward spiral. The idea of  ‘Hey, let’s assassinate a dictator – that will be funny’  shows just how culturally bankrupt that genre of humor is.

After the embarrassing emails, the daily-more-mortifying data leaks, and the now confirmed online release of “The Interview,” there is a silver lining to this mushroom cloud.

Sony Pictures Entertainment has been looking to shift it’s momentum in a new direction for several years. The blockbusters are just too may eggs in one basket, and there needs to be many, many more projects on a smaller scale to balance, not just the books, but the whole enterprise. Not only film, but tv and internet, games and yes, whatever the next platform will be that arrives in the next year.

It’s time to put out a welcome mat for every possible idea that might be walking by. Create a new Vice President of Slushpile, and get every university film department. every comedy club, every gaming group site and every screenwriter in town to offer one new idea. If you create a list of a thousand ideas, I can promise that about a hundred will be good. Perhaps a dozen will be really amazing. And the top three – those will be bankable, box office bliss. Not just money makers. but culture changers. The next frontier. All that Sony needs to do is open the door to the ocean of creativity that doesn’t have an agent and can’t get a meeting. They could get a thousand ideas that would be so fascinating and compelling, they would never again feel the financial need to make another ‘How stupid and gross can we get?” comedy.

Any crisis is the chance for change, and the bigger the crisis, the more revolutionary that change needs to be.  In my experience, there is always a silver lining, and it’s so bright I know that dark cloud was actually worth it.