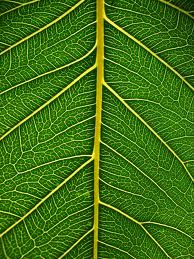 Symbols of Hope in Los Angeles —

I’m a Buddhist and I happen to belong to two Temples in Los Angeles. At one Temple I happened to see a most beautiful leaf on the ground and I picked it up. I thought it was gingko biloba at first, but later I found out it was a leaf from the peepal tree – a species of the Banyan fig, or what is now known as the Bodhi tree.

I dried the leaf, thinking its beauty made it special, and I have it on our side board, right in front of our Buddha in meditation. Then I happened to notice the date was December 8th – the Buddhist holiday commemorating the day Buddha achieved enlightment – or Bodhi in Sanskrit.

Siddhartha Gautama, the young Buddha (the name for enlightened one, a name Siddhartha Gautama achieved at age 35) realized that enlightenment was to be found through meditation, and so he meditated in Bodhl Gaya, India, under the famous Bodhi Tree.

The leaf is a symbol of the teachings of Siddhartha Gautama, the person who became Buddha. And serendipitously on December 8 there it was.

And then – in front of our house, in a fountain my husband made for me is a stone that says “wish” – it’s a small stone that lights up at night and it sits in front of another Buddha. Well, last night was stormy here in Los Angeles, and palm leaves fell on lawns, plants overturned, and trees fell. But I noticed the “wish” stone did not move. Its sitting right there, perched on a rock in front of our Buddha.

In recognizing these two incidents I know I’m on the right path, and it happened in December, a special month. December may be yin with its dark, short days, but there is hope in its symbols if you look hard enough.