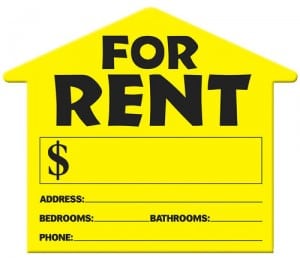 Action Item 4-A for the the City Council’s meeting tonight on Monday Dec. 8, 2014 reads like a line from a comedy sketch –     “Discussion on the Process and Format to Facilitate A Community Dialogue on Rental Housing Shortage and Rental Rates.”

So, if you are interested in having a discussion on affordable housing, tonight is important, but according to the agenda seemingly not yet the place to begin. This evening will be a moment to start to begin to consider beginning, and with what and how to start.

To me, that looks like setting up about fifty feet behind the starting line; not where you want to be if you want to win.

“If’ is not the question. The community needs to talk about it.

I’ll admit it’s a major challenge. Los Angeles County has the most daunting housing market in the country. Yes, we are even tougher than San Francisco or New York. Fewer housing units available, and those that are, at higher prices. Culver City has seen property values increase almost continually – except for that little bit of a bubble bursting a few years ago – and prices are still climbing. For the minority who own property, that’s good news.

But the majority who rely on rentals feel a continual pressure that becomes a squeeze. When local properties were purchased this past February by a developer who then doubled the rental rates, the idea of rent control was brought up to the council by some of the unhappily priced-out tenants.

Rent control as it is currently defined does not work. Cities that have used rent control  legislation such as Santa Monica and Los Angeles have not fared well with either tenants or landlords, and there’s no point in using an idea that’s already been tried and failed.

But the conversation has to start somewhere.

Rentals are an economic requirement. Not everyone can or should own property, but the rental squeeze affects us all.  Some of the worst consequences of the housing crunch are the long commute, the nightmarish traffic and yes, even the parking issues. If you work in Culver City and you can’t afford to live in Los Angelels County, you have one helluva long drive every day.

It’s the challenge of  how we frame things. When Henry Ford was asked about his inspiration for his business, he said it wasn’t his customers. “If I had asked my customers what they wanted, they would have asked for a faster horse.”

The solution may not have anything to do with the problem as we currently perceive it. This requires major innovation, not just from property owners, or renters, but the entire community. We could create the model that other communities look to as a success,  rather than the discouraging failures we’ve seen around us.

So as we begin to attempt to try to start to think about considering what to do,  we can start by knowing inaction is not an option. We have to start somewhere.

If you want getting hit on the head lessons, that’s down the hall.