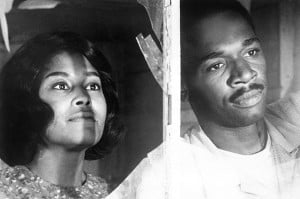 Black Talkies on Parade presents the critically acclaimed, but often-overlooked Nothing But a Man on Saturday November 22 at 4 pm.
Directed by Michael Rohmer, the film premiered in 1964 right on the heels of the Civil Rights Act. This Southern drama tells the story of Duff Anderson, played by Ivan Dixon, as he deals with racism, love, integration, and everyday life in Alabama. The soundtrack to the movie captures many Motown greats including Stevie Wonder, The Miracles, and Martha & The Vandellas. The film won the San Giorgio Prize at the Venice Film Festival and is on the Library of Congress’s National Film Registry as a culturally important film.
The afternoon will be hosted by Executive Director Lloyd Clayton and will also feature film scholar Les Wills for a post screening discussion. This will be the last film of 2014, so come to MCLM to kick of the holiday season with a great classic film!
Screening is FREE!