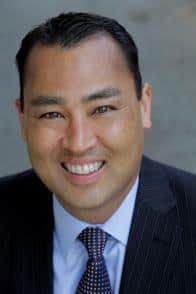 Governor Brown  announced on Wednesday, Nov. 12 the appointment of Michael E. Whitaker to a judgeship in the Los Angeles County Superior Court. Culver City has had the benefit of Whitaker’s expertise on many campaigns, commission and committees, and has every reason to be both pleased and proud of his appointment.

Whitaker spent eight years as a Culver City Civil Service commissioner, and was ‘termed out’ last June. He also served on the Charter Review Committee, and was a founding member of the Friends of the Boneyard, after which he served as legal council for the group. He also assisted in several city council campaigns, the most recent being Jeff Cooper’s election to office.

Whitaker  has served as supervising deputy attorney general at the California Department of Justice, Office of the Attorney General since 2006, where he served as a deputy attorney general from 1998 to 2006. He was an associate at the Law Offices of Richard S. Kim from 1997 to 1998, a staff attorney at the Federal Deposit Insurance Corporation from 1993 to 1996 and an associate at Bronson, Bronson and McKinnon from 1991 to 1992. He earned a Juris Doctor degree from the University of Oregon School of Law, where he was a managing editor of the Oregon Law Review from 1989 to 1991, and earned a Bachelor of Arts degree from the University of Hawaii at Manoa.

He fills the vacancy created by the conversion of a court commissioner position on August 12, 2013.