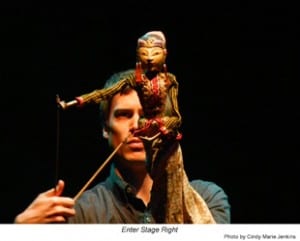 24th STreet Theatre has received a $300,000 grant over three years from the Rosenthal Family Foundation to expand its Enter Stage Right school field trip program and develop a touring version. 24th Street Theatre is a partner in the Culver City Education Fund’s Front and Center Theatre Collaborative, and a portion of these funds will go to support Enter Stage Right Field trips for Culver City schools.

“The show is brilliant — it is my dream that every student have access to this profound program.” said the foundation’s Monica Rosenthal after seeing a performance.

Created in 2003 to serve only five schools in the Los Angeles Unified School District, word about Enter Stage Right spread quickly; LAUSD immediately moved to expand 24th STreet’s contract, adding another 20 schools in that first year and 15 more in year two. By 2009, ESR had grown to become the most requested program in the second-largest school district in the country, serving 11,000 LAUSD students per year at 110 schools.

Since 2010, when LAUSD rolled back funding for arts programming, 24th STreet has 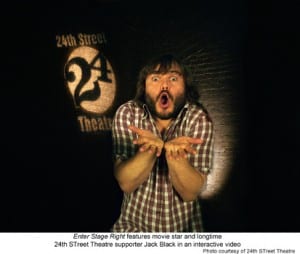 diligently worked to raise the over $250,000 necessary to underwrite continued Enter Stage Right programming for schools — but the number of students they have been able to serve plummeted to 2,500 per year. Now, those numbers will go back up starting this month. Field trips for over 90 schools in four school districts, including Burbank, Compton, Culver City and Los Angeles, are being scheduled October through May. An additional $22,800 grant from the Max H. Gluck Foundation will be used to pay for school buses.

“This extremely generous grant will help us serve thousands more kids in the greater L.A. area, as well as expand outside the region,” said 24th STreet executive director Jay McAdams. “Because it’s a matching grant, we are able to generate additional revenue from schools, which means that instead of just doubling the number of kids we can serve, we are able to quadruple it.”

24th STreet Theatre used funding previously provided by Farmers Insurance to create a DVD version that has been distributed to more than 60,000 classrooms in 29 states. A portion of the Rosenthal funds will be used to develop a touring version.

“Developing a touring program is a natural extension of the DVD program,” McAdams said.