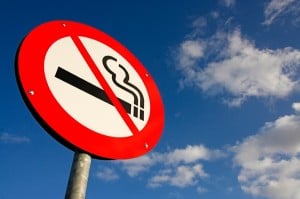 “There are options – rentals often say that they are non-smoking apartments, so when you chose this place to live, you chose it knowing that people might be smoking,” Council member Jeff Cooper noted during the discussion on the the ordinance to ban smoking in multi-unit residences. While the Culver City Council meeting of Oct. 13, 2014 was a close as the City has come in decades to creating a ban on smoking in multi-unit housing, it still hasn’t happened.

This controversial request has returned on an annual basis for at least the last three years. The ban is finally on the brink of being approved, but not without some needed adjustments to the language, and that was what returned it to city staff until the next council meeting on Oct. 27.

Residents of Raintree, the Meadows and Tara Hill all spoke to the council about the threat of illness, the irritation and the discomfort of living contiguous to a cigarette smoker. Hearing tales of windows placed only feet away from each other, several council members were openly sympathetic and supportive of the non-smokers plight. But the challenge of enforcement culled most of the concern even from those willing to vote yes.

Currently featuring an 18 month long phase-in period, the ordinance will give homeowner’s associations time to amend their rules as early as permitted, so as to be able to designate the non-smoking statue within that time frame.

Council member Meahul O’Leary brought up his experience with the sate of California restaurant smoking ban, which took some time before it was accepted by the public, and is now a standard that few disagree with. Locally, the Backstage was the last holdout, and the only place that merited actual police presence to enforce the law.

But Council member Jim Clarke exclaimed “There will be no smoking police – I fully expect that people will be able to enforce this without a lot of challenges. I expect voluntary compliance to be the rule.”

While it was noted that there was no language in the ordinance to address e-cigarettes, and that an exemption for medical marijuana was not included, these details may be covered by the time the agenda item returns for a final, and seemingly successful vote.