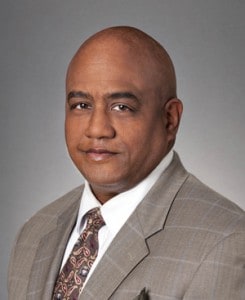 The treasurer of the West Basin Municipal Water District board entered a guilty plea on Sept. 8  to embezzling nearly $20,000 from the agency to pay for tennis and dance lessons for his children and repairs on his boat. Los Angeles Superior Court Judge Thomas Sokolov immediately sentenced Ronald Craig Smith, 55, to 180 days in county jail and five years probation.

Smith pleaded guilty to one count of conflict of interest and submitted his resignation to the water district as one of the conditions of his plea deal.

He also turned over a $10,000 check in partial repayment of the stolen funds, and Sokolov ordered him to pay another $7,765 in restitution.

Prosecutors said the embezzlement scheme started when Smith got the water district’s board to make multiple contributions to help sponsor the Adopt A Storm Drain Foundation. The nonprofit educational foundation, which promote water conservation, is run by Robert Earl Katherman Jr., a 68-year-old former aide to Councilman Curren Price Jr., and his wife, Marilyn Katherman, 65.

Smith also contributed money from the district’s outreach fund that did not require board approval, according to prosecutors, who said the Kathermans then allegedly began writing checks from foundation accounts to cover school tuition for Smith’s children and $3,500 in boat repairs, among other personal expenses.

The Kathermans are each charged with two felony counts of misappropriation of public funds for their alleged part in the elaborate scheme. They are set to be arraigned Oct. 1.

Katherman resigned his position in Price’s office in August.

West Basin Municipal Water District board Vice President Gloria Gray said the agency would hire an outside auditor to review the board’s code of conduct and recommend additional controls.

“We will work hard to enhance the public trust in our agency and of our finances,” Gray said.

He could have faced up to nine years in state prison if convicted on the additional six counts with which he was originally charged, including perjury and misappropriation of public funds.

The Kathermans each face up to four years in state prison if convicted as charged, according to prosecutors.

“This unfortunate situation involving Mr. Smith should not detract from the hard work being done by the rest of the West Basin board and staff,” said Donald Dear, president of the agency’s board of directors. “West Basin remains and will continue to be an internationally recognized water industry leader focused on water recycling, conservation, water reliability and water resource management.”