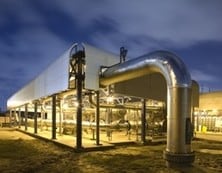 West Basin Municipal Water District was awarded $538,530 by Southern California Edison for implementing energy-efficient improvements during its most recent expansion of the Edward C. Little Water Recycling Facility. With its latest expansion, the facility has increased the production of recycled water to potentially produce 62 million gallons of water every day, at full capacity.

As part of the recent expansion, West Basin included the installation of six Variable Frequency Drives (VFD) for large product and feedwater pumps to ensure efficient operation and energy management. A VFD is a controller to adjust pump motor speed to accommodate various flow demands, which allows for more efficient power usage at the water recycling facility. Southern California Edison rewarded West Basin based on how the application for these pumps exceeded normal industry standards for energy efficiency. The annual energy savings for the project amounted to 5,290,778kWh and 623kW, which is the equivalent of reducing approximately 5.2 million tons of carbon dioxide from the atmosphere.

“We are thankful for our partnership with Southern California Edison which allows us to continue to implement sustainable solutions at the Edward C. Little Water Recycling Facility,” said West Basin Board President Donald L. Dear. “We look forward to working closely with them on future projects.”

West Basin has taken significant strides to increase water recycling production at the Edward C. Little Water Recycling Facility, the only facility in the world that produces five different types of recycled water. At full capacity, the facility has the potential to conserve enough drinking water to meet the needs of 80,000 households a year. The expansion, which was completed in 2013, was the fifth expansion since initial construction in 1995.