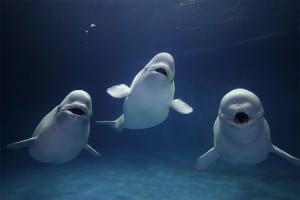 Me and some old college buddies used to sing on campus all the time; at registration, at Frat rushes, at parties where pretty girls in tight sweaters would swoon as we sang “Under The Boardwalk” and “My Girl.” It’s been a while, but we are thinking of getting the group back together and cutting a demo to see if we could get a record deal. Is it still Kosher to send a cassette to local radio DJ’s?

Is this a joke? Seriously, I can’t tell. Sometimes people send me joke questions. One day someone asked me how to quickly dispose of human remains. That was funny.

But if you are serious, you should know that times have changed.

There are no more cassettes or records. Now we have “sound files” which are invisible, 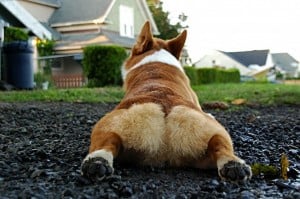 odorless, weightless and often tasteless. Songs no longer need melodies or actual instruments, but must incorporate a video of a woman flapping her butt like a hankie on a clothes line in a hurricane.

Also, DJ’s today cannot accept music from actual humans anymore. If they are caught doing so, a corporate sniper will take them down before they can listen to it. Most DJ’s you hear on the radio are wearing shock collars. If they don’t sound cheerful as they push buttons, they get 70 volts from the ad department.

And about that record deal . . . In the old days, a grizzled old A & R man with a checkered past would hear a good band in a bar. He’d get misty eyed and buy them a bottle of Boone’s Farm Strawberry Hill, telling them they could make it in this tough world. He’d mortgage his house to promote them because he believed in the power of music. And because he was completely pickled. He’d book them tours of Skokie, Illinois. and Cul De Sac, Michigan. He’d become a father figure to them as they honed their craft and learned how to roll a tight joint.

When the band began selling out state fairs and sleeping with local DJs, a major record company would finally take notice and begin supporting the band. They would not, however, reimburse the now broken A & R man. The record company would buy them matching sequined blazers and higher quality drugs. They would order millions of big black shiny CDs wrapped in actual artwork. They’d deliver bunches of these things to small buildings called “stores.” Everyone made a little bit of money for a few years. 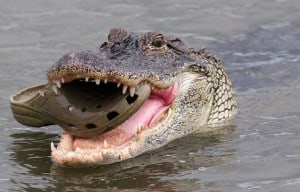 Today’s record deal looks like this: Teenage interns scour the internet for 12 hours a day watching i-phone videos made by lonely narcissists. These performers (formerly “musicians”) must be able to sing on key for a minimum of four consecutive notes, have time to run 8 separate social media sites and do the butt flapping thing. If these performers have already collected a gazillion followers (formerly “fans”) with absolutely no help from a Corporate Conglomerate (formerly “record company”), that Corporate Conglomerate may offer to advertise landfill items made in China to that performer’s followers. After signing a contract written by Satan, the Corporate Conglomerate attacks the performer like a rabid crocodile, makes a gazillion dollars in 8 weeks, then spits out the bones. The performer makes just enough money to pay for therapy.

Sorry to be the bearer of such bleak news, but I feel it is my duty to give my readers the truth. And in that spirit, I should tell you that this re-newed interest in reliving the old college days usually means that one of you is about to get hair plugs. Don’t let that happen.

even Banana Slugs. I’m here to help.  And you know you can trust me, because I have an awesome soul-patch. (Down here, not the dork with the hair plugs, jeez)