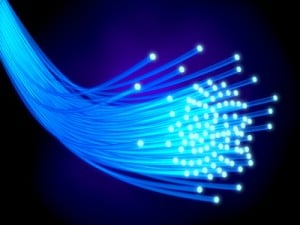 Billionaire Patrick Soon-Shiong is urging Culver City officials to install fiber Internet at five business districts, including one where his company is located.

City leaders are considering a plan that would offer Internet speeds of up to 1 gigabyte per second to business customers, at rates that are much cheaper than what is currently available. According to a city-sponsored study, the plan could cost taxpayers $3 million or more in startup costs — which would include some underground trenchwork.

Soon-Shiong’s company, NantWorks, aims to revolutionize the field of medical data. The company’s headquarters is on Jefferson Boulevard west of Duquesne Avenue, which is one of the five areas where the network would be installed.

Soon-Shiong has been encouraging other business owners in the area to support the plan, which is expected to come before the City Council sometime in October.

“He feels this is key,” said Mike Sitrick, a spokesman for Soon-Shiong. “He’s talked to various city officials and told them how important he thinks it is, not only to his business, but to attracting additional businesses to Culver City.”

Culver City is already emerging as a tech hot spot, with companies like Maker Studios, which was bought by Disney, and Beats, which recently sold to Apple. A publicly sponsored fiber network could also make the city more competitive for tech businesses with Santa Monica, which already has its own fiber network.

The network would not be available to residential customers, nor to businesses outside the five business “nodes.”

City Manager John Nachbar said the idea originated with leasing agents and property owners in the Hayden Tract, the business park on the eastern edge of the city. As the plan developed, four other business nodes were added: the Jefferson corridor, Fox Hills, the Smiley/Blackwelder industrial park, and the intersection of Washington and National boulevards.

In the last few months, the city has been holding workshops with business owners to determine how broad the interest is.

“Everyone we’ve talked to has been very supportive,” Nachbar said.

According to Steve Rose, the president of the Culver City Chamber of Commerce, the major beneficiaries of the plan would be small to midsize businesses. Larger companies, he said, could afford to pay for their own connections themselves.

But Weissman said that Soon-Shiong has been a key partner in the process.

“The importance of NantWorks is not just their size, but their experience in data and data management,” Weissman said. “I hope NantWorks continues to be involved.”
– from LA Weekly