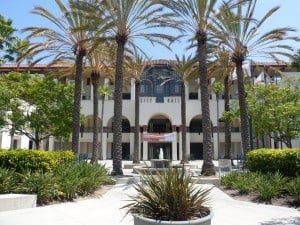 Here are some highlights from the City Council meeting of August 25, 2014. At this meeting, the City Council:
•
Presented commendations to Police Officers Leon Moore and Sue Sperling, Sergeant Mark Reppucci, and Senior Jailor Desmond Burns on the occasion of their retirements.
•
Received a presentation from the Kaizuka Exchange Program staff members and student participants who recently visited Culver City’s Sister City of Kaizuka, Japan.
•
Authorized the release of a request for proposals for the planting of approximately 300 trees in vacant city-owned parkways and parks.
•
Approved the implementation agreement between the City of Culver City, the Successor Agency, and Lowe Enterprises Real Estate Group to convey real property on Exposition, Venice, Washington, and National Boulevards (related to the Washington/National Transit Oriented Development).
•
Adopted a resolution finding the City to be in conformance with the Congestion Management Program (CMP) for Los Angeles County and adopted the CMP Local Development Report for 2014.
•
Waived the bidding procedures as authorized by the Culver City Municipal Code and awarded a contract to Concept Consultant, Inc. in an amount not-to-exceed $98,391.70 for construction of the Culver City Transfer Station Loading Pit structural steel repairs.
•
Directed the producers of the IndieCade Festival to provide additional information about their event at the September 8, 2014 City Council meeting.
•
Provided direction to staff for updating the Parkway Ordinance.
•
Adopted a resolution approving a five year Memorandum of Understanding between the City and the Culver City Police Officers’ Association for the period of July 1, 2014 through June 30, 2019.
•
Directed the City Manager to commence with advertising of the Parks, Recreation, and Community Services Commission and the Disability Advisory Committee vacancies for consideration of appointments targeted for the October 13, 2014 City Council meeting.