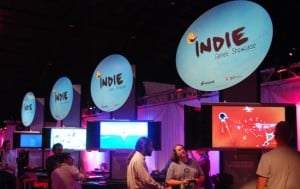 Sometimes things don’t play out the way they are expected to, and the City Council meeting of August 25 was not quite what was expected for the representatives for INDIEcade, the annual video game conference. The request for in-kind assistance did not getting a winning vote, as it has in the past four years. Instead, it was pushed to the next agenda two weeks hence, on Sept. 8, for re-consideration.

Seeking a fee-waiver on room rentals at the Vets Auditorium, Erin Shaver, the Operations Manger for INDIEcade, was simply following the strategy that had worked well for them before, asking the city for assistance. But with INDIEcade’s larger and more visible success in every one of the past five years, council members did not see the organization as needing help.

“This is a for-profit event,” noted Jeff Cooper “and I’m not convinced that the city’s help is really required to make this a success.”

Even with the plea that without help, the event would not be able to return to Culver City did not change the mind of Andy Weissman. “I find it challenging when an event or an organization is successful, and yet, every year, they come back to ask for more assistance. Where does it stop?”

While Mayor Meghan Sahli-Wells favored the request and tired to use the example of the TOT, or bed-tax (the amount of revenue the city gets from hotel bookings) as a way that the funds were recovered, offsetting the subsidized room rental, she did not persuade the council.

Mehaul O’Leary proclaimed himself to be a fence-sitter, undecided on whether the funding was required, and offering a number of suggestions as to how the organization could shore up their resources without seeking public funds.

While a vote would clearly have killed the request, putting the item onto the next agenda gave INDIEcade time to come up with another game plan.

INDIEcade promotes itself as an international event showcasing the future of independent games. A kind of Sundance Festival for the gaming world, it encourages, publicizes, and cultivates innovation and artistry in interactive media, helping to create a public perception of games as rich, diverse, artistic, and culturally significant.

Since it’s beginning in Culver City in 2009, the popularity of the event has skyrocketed, and last year both Sony and Nintendo increased their level of participation, cuing the gamesters that this was the place to be seen.

Will the event continue as a highlight of the industry, bringing more creative economics to Culver City this fall? The next round with the council will be decisive.