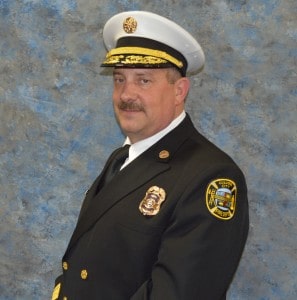 “On behalf of my colleagues on the City Council, I am pleased to announce the appointment of Chief White to lead the men and women of the Culver City Fire Department,” said Mayor Meghan Sahli – Wells. “His knowledge and expertise gained over three decades in the fire service along with his 26 years of experience with Culver City make Chief White the perfect choice for our city.”

The City of Culver City is pleased to announce the appointment of David White, Interim Fire Chief, to the permanent position of Fire Chief. Chief White is a 32 year veteran of the fire service and has been with the Culver City Fire Department since 1988, starting as a
firefighter and advancing to the position of Assistant Fire
Chief prior to his Interim Fire Chief appointment in June 2014.
Chief White holds a Bachelor of Science degree in Occupational Studies and a Master of Science degree in Emergency Services Administration from California State University at Long Beach.
He has also earned numerous California State Fire Service certifications, including Chief Officer, and is a licensed paramedic.
Also, in 2011 and 2014, he achieved designation as Chief Fire Officer from the Center for Public Safety Excellence.

Chief White is a Southern California native who has taught at Texas A&M University and who currently teaches part time in the Fire Technology Program at Pasadena City College.
Chief White and his wife have two children