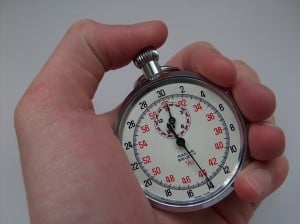 Presented – a proclamation in honor of Fiesta La Ballona 2014.

Adopted – a resolution stating the City’s support of AB 1839 which expands and extends the State Film Tax Cr edit through Fiscal Year 2020/2021.

Continued the Public Hearing regarding an implementation agreement between the City of Culver City and the Successor Agency and Lowe Enterprises Real Estate Group to convey certain real property on Exposition, Venice, Washington, and National Boulevards (related to the Washington/National Transit Oriented Development) to August 25, 2014.

Discussed – the regulation of smoking in multi-unit housing and electronic Cigarettes (e-cigarettes) and directed staff to incorporate Council Members’ comments into the draft ordinance for consideration at an upcoming City Council meeting.

Nominated – Michelle Weiner, Lloyd Dixon and Mary Ann Webster, ranked inpriority order, for the Governor’s Office to consider for appointment to one seat on the Baldwin Hills
Conservancy Board of Directors representing Culver City.

Designated –  Mayor Sahli-Wells as the voting delegate and Vice Mayor O’Leary and Council Member Clarke as voting delegate–alternates for the League of California Cities Annual Conference to be held in Los Angeles in September, 2014.

Adopted –  a resolution approving a three (3) year Memorandum of Understanding with the Culver City Employees Association for the period of July 1, 2014 through June 30, 2017.

The next regular City Council meeting will be held on Monday, August 25, 2014 at 7:00 PM.
You may access the agenda for this meeting by visiting www.culvercity.org/agenda.aspx