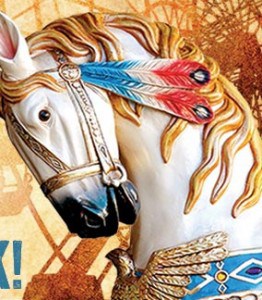 Fiesta La Ballona presents three days of free, live music and dancing as part of Culver City’s annual “Party in the Park” August 22-24. Fiesta is held at Veterans Park and is produced by the City of Culver City, local sponsors, and almost a hundred volunteers. Veterans Park is located at 4117 Overland Avenue in Culver City and complimentary parking is available.

Fiesta’s diverse performances in the Entertainment Tent will begin on Friday, August 22 at 4:00pm with Ballroom Dancing from Pat Ruane & Dancers. They will be followed by Jimmy Brewster and the Westside Band performing Rat Pack classics. Fiesta-Palooza will start at 6:00pm and showcase five of local teen bands including Silent Partner, the Academy of Visual and Performing Arts Jazz Combo, Searchlights, State of Panic, and Below 51.

Mariachi Voces de Mexico de Raul Sanchez will launch the performances on Saturday, August 23 at 12:00 Noon. They will be followed by Grupo Folklorico Macias presenting folk dances of Mexico. Jennifer Corday will return this year to perform 90s Pop Rock as Corday Undercover at 1:45PM. The Murphy Family Bluegrass Band will open for the Doo Wah Riders who will perform contemporary and classic country favorites at 3:30PM. dee-Lightful Productions, which provides musical theatre camps and workshops for children and teens through the City’s Parks, Recreation and Community Services Department, will perform selections from this summer’s productions of Hairspray and Once on This Island. Fiesta will celebrate the 45th Anniversary of the Woodstock Festival with the Woodstock Tribute Band, performing the best of 60s Rock, at 5:15PM. Next, Grupo Folklorico LaRosa will perform lively folk dances from the Americas. Saturday night’s last live performance will be a two-hour R&B dance party, starting at 7:00PM, featuring Fly Guy and DIVA.

The sound of ukulele music, presented by Cali Rose & The CC Strummers, will open the program on Sunday morning, August 24. Masanga Marimba will follow, performing marimba fusion music at 11:45AM. Next, Grupo Folklorico Tzintzuni will present folk dances of the Americas. Sunday afternoon will feature TalkBack, performing reggae music at 1:30PM, followed by the Ho’Aloha Polynesian Dancers. Roncovacoco’s performance at 3:15PM, sponsored by Los Angeles County Supervisor Mark Ridley-Thomas, will feature Latin fusion music. Fiesta entertainment wraps up with Bollywood dances performed by Shingari’s School of Rhythm, followed by Paddy’s Pig at 5:00PM which will close the entertainment program with Irish Rock and Folk Music.

To learn more about Fiesta La Ballona or to sign up to be a volunteer, visit the website at www.fiestalaballona.org.