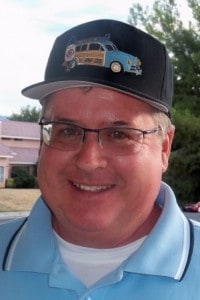 Culver City Little League (CCLL) is proud to congratulate our very own Willie Eichenberger for his selection to umpire the 2014 Little League Softball World Series beginning August 5th in Portland, Oregon! Hundreds of girls travel to Portland to compete in the World Series, but only twelve umpires in the world made the cut.
Willie’s path to the World Series began years ago as a boy playing baseball at Mar Vista Park. A pitcher and catcher, Willie became a left fielder for the Hamilton High Yankees and later re-entered youth sports when his son and daughter were young. He volunteered to coach their teams in the old Culver City National and American Leagues and later stepped behind the plate for the first time when coaches were asked to officiate a few games to lower umpiring costs.
Willie wasn’t a pro yet–he admits he wore his cap backwards sometimes, an umpiring no-no–but under the tutelage of then District Umpire-In-Chief Jesse Sanchez, Willie learned quickly. He talked to veteran umpires, attended field mechanics clinics, and studied the rule book. Soon he’d set the goal of working a Little League World Series.
He began focusing on softball umpiring when he realized that for some leagues, softball was an afterthought. Willie became the Vice President of Softball in Culver City to make sure that girls had a good field to play on and new uniforms to wear. Umpiring softball has also been enjoyable for Willie, and his appreciation for the athleticism and competitiveness of the girls he works with is clear. “The girls are fun,” explains Willie, “they sing and cheer, and the games are quick and crisp.”

Much has changed since Willie coached Culver City High School’s softball team. Interest in the game has exploded, along with opportunities for girls to play at high levels. Willie has long refused payment for umpiring Little League games. Like many umpires, Willie views his work with CCLL as a community service he is glad to provide. Even when he is paid by other leagues, he donates his earnings to District 25’s umpiring fund, which means new umpires in CCLL can thank Willie and other veterans umpires who make the same donation for their training. Willie’s example also debunks
the myth that the best umpires are paid professionals.
Willie left on August 4th for Portland and will officiate his first game on Thursday, August 7th. During pool play, he’ll rotate between the bases and the plate. Umpires for semifinal and championship games are chosen by evaluators who judged the umpires’ earlier performance. Willie’s style on the field is authoritative, but modest. In fact, in twelve years of umpiring, he’s only ejected one manager. His goal for the World Series is to be sharp and do his best. He’ll be joined in Portland by his girlfriend and his daughter.