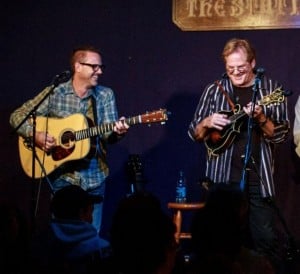 Bluegrass from The John Jorgenson Bluegrass Band is on the menu tonight for the Summer Concert Series.

Bring your family and friends, you favorite blanket and get to City Hall before 7 pm, when the show starts.

Music virtuoso John Jorgenson, known for his blistering guitar and mandolin licks and mastery of a broad musical palette, has earned a reputation as a world-class musician, as evidenced by his collaborations with Earl Scruggs, Bonnie Raitt, Elton John, Luciano Pavarotti, Bob Dylan and many others.  In 2008, Jorgenson won a Grammy for Best Country Instrumental with Brad Paisley and received a Grammy nomination for Best Bluegrass Album with Earl Scruggs. Jorgenson, who has played with Bela Fleck, Sam Bush, Jim and Jesse, David Grisman and others, has enjoyed a successful career with the Desert Rose Band and the Hellecasters; as a member of Elton John’s band for six years; and most recently, in his John Jorgenson Quintet and John Jorgenson Electric Band configurations.  One of the elite Gypsy Jazz players in the world, Jorgenson portrayed Django Reinhardt in the Hollywood feature film Head in the Clouds.