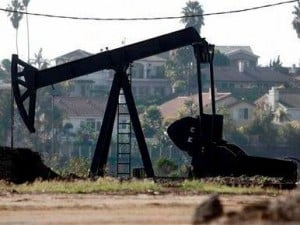 With last year’s signing into law of Senate Bill 4 (SB 4), the highly imperfect but significant first step forward in regulating unconventional oil and gas drilling practices in California, DOGGR ( Division of Oil, Gas and Geothermal Resources) was officially tasked with taking on some of the very regulatory functions it had shied away from for years. These included defining a range of unconventional drilling practices (and related terms) and adopting rules and regulations specific to those practices that operators must be able to comply with to receive a permit to drill. The regulations, the bill specifies, are to be completed by January 1, 2015.

In addition to requiring operators seek specific permits for fracking and other unconventional practices — a first in the history of drilling in California — SB 4 orders the State to conduct an environmental impact report (EIR) pursuant to the California Environmental Quality Act (CEQA), analyzing the effects of hydraulic fracturing statewide by July 15, 2015 (DOGGR’s broad Notice of Preparation under CEQA can be found here).

This is also a first, as fracking operations have generally gotten around being subjected to CEQA reviews.

That doesn’t make SB 4′s approach perfect — it appears fracking can continue unabated, even while testing to determine whether it is safe is still underway (especially with the defeat of SB 1132 in May). But, it is still a major step forward, considering that, as recently as 2011, Governor Jerry Brown fired Elena Miller (who reviewed drilling permits at DOGGR) and Derek Chernow (acting director of the DoC), for slowing down the permitting process and suggesting that fracking operations should be subjected to CEQA.

The different deadlines for the completion of the regulations and the EIR are one of the many things activists point to as a being problematic. Why, for example, would the state require that regulations for drilling practices be put in place before studies examining the safety of those very practices are completed? And, will future drilling operations be subjected to project-specific CEQA reviews (and therefore a public process)? Much will depend on what comes out of the EIR.

Other problems quickly surfaced in the first set of draft regulations for public comment that DOGGR released last November, two months after the bill was signed into law.

The draft defined a series of terms and practices linked to well stimulation, listed the requirements the operator must meet when stimulating a well, described the processes operators must follow when applying for drill permits and notifying neighbors, outlined the procedures for testing, monitoring, and reporting groundwater quality before and after drilling, described specifications for well casings and construction, as well as how to monitor them (and the surrounding area for earthquakes) before, during, and after drilling, and detailed the mandatory reporting requirements of the volume of water consumed, the disposal of fracking wastewater, and the chemicals used during operations.

As laid out in the draft, many complained, the proposed regulations served to provide ample evidence that DOGGR was only doing the bare minimum to comply with SB 4.

Some charged the definitions of drilling practices offered by DOGGR were incomplete or incompatible with standard definitions and would either allow certain practices to escape scrutiny or arbitrarily exempt others, such as acid jobs where the concentration of acid was less than 7 percent.

Others were concerned that the regulations purposely excluded people from being notified about drilling operations by requiring they have a written contract of occupancy to be considered a tenant (not a requirement under California law). Still others raised concerns about how DOGGR was defining “protected water,” arguing it was out of step with the Water Resources Control Board (currently developing groundwater monitoring criteria per SB 4) and definitions used in regulations governing water in California.

The feedback DOGGR got via public comment, consultation with other agencies and experts, and the five public forums held just after the new year (in Sacramento, Long Beach, Salinas, Bakersfield, and Santa Maria) were incorporated into the revised proposed regulations released for public comment on June 13.

According to some, they are still not perfect.

The Center for Biological Diversity (CBD), for example, charges that, by not requiring operators capture methane, the regulations offer no protection for residents living near fracked wells, the air, or the climate. They also contend that there are permit approval and chemical disclosure loopholes (an operator can avoid disclosing chemicals used by claiming to be conducting well maintenance), that the water protections still don’t go far enough, and that the 100+ violations of current fracking disclosure requirements that the CBD found over the past several months demonstrate the weakness of the enforcement regime.

The CBD and other activists will undoubtedly be present at the series of forums DOGGR is holding over the next couple of weeks to make these and other complaints.

And, just as before, DOGGR is heading to Long Beach, rather than coming to L.A., for its Southland forum. The forum will be held on July 17, at the Convention & Entertainment Center, 300 East Ocean Boulevard, from 4-7 p.m. They are also accepting comments regarding the revised proposed regulations and additional rule-making documents through July 28 via email to [email protected] ; via FAX to (916) 324-0948; or via regular mail to the Department of Conservation Office of Governmental and Environmental Relations, 801 K Street MS 24-02, 95814, Attention: Well Stimulation Regulations.

If you’d like to attend or comment, but want help in thinking about what kinds of questions to ask or comments to make, the Citizens Coalition for a Safe Community (CCfaSC) is hosting a workshop this weekend featuring Dr. Tom Williams. Williams is a retired oil and gas field specialist and will be helping participants navigate the revised proposed regulations and prepare to submit comments to DOGGR. If you are interested in attending, they do ask that you review and mark up the revised draft ahead of time. Space is limited for the July 12th workshop, to be held at the Culver City Veterans Auditorium (4117 Overland Ave.) from 7-9 pm, so please RSVP: [email protected]