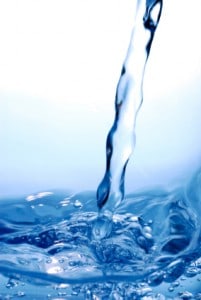 After nearly 25 years as Board Director for the West Basin Municipal Water District, Ed Little has retired leaving an opening on the Board. The seat is open for election in November but board members are scrambling to appoint a replacement to serve out his term. Rather than wait until January 2015 for a new board member inauguration, the Board wants a member now. It is common for Water Boards to appoint seats as they open up as the alternative is to hold a poorly attended special election, or wait for the General Election and hope a candidate steps up. West Basin has until July 18th to either fill the position, or let it remain empty. Ed Little was initially appointed.

In a small room adjacent to the main board room, in a building named after the West Basin Water Board president Donald Dear, Board members considered who would join them to fill out the District IV term. The Board Directors of the West Basin Municipal Water District (WBMWD) interviewed candidates who are seeking to secure the interim appointment. District IV serves El Segundo, Culver City West Hollywood, Malibu and Lennox, North Ladera Heights, Del Aire, Topanga, View Park and Windsor Hills.

Prospective appointees had already answered questions by the specially formed Elections Committee of Directors Gloria Gray and Ronald Smith. On June 30, 2014 they responded to interview queries from the full board. The questions touched on their qualifications, political contacts, daytime scheduling flexibility and their perception of challenges to the district.

Steve Rose, CEO of Culver City Chamber of Commerce, advocates a balanced approach to water supply issues and identified the largest challenges as building out the [recycled water] system and bringing service to the farther ends of West Basin. He stressed that there’s no “I” in “Team” and despite his passionate advocacy for issues he will follow the Board if in the minority. Mr Rose closed off his interview with a paraphrase from Reagan: “I sure hope that you won’t hold the other peoples running youth and inexperience against them.”

During David Atkinson’s 18 minute interview he touched upon his 10 years of public service in El Segundo. An occasional attendee at West Basin Board meetings he was familiar with the board members. He drew analogies between water issues and his work in energy advocacy and commissions. He also declared himself a proponent of fracking and shared that he’s interested to “save trees and butterflies.. but must save the human race first.” Mr Atkinson is a current El Segundo Council Member and is willing to give up his council seat for a seat on the Water Board.

Scott Houston, El Segundo businessman and former El Segundo Council Candidate, arrived accompanied by a campaign team and declared himself as representing the next generation on the Water Board. He emphasized the obligation the board members have to serve the needs of the customers and client organizations to provide good, safe and reliable water. Reiterating the issue that “We can’t rely on imported water to the same capacity” Mr Houston proposed addressing the need of doubling conservation effects and creating more recycling opportunities.

After the interviews the board members, led by Director Carol Kwan, postponed final consideration to a special board meeting. The public is invited to attend Thursday, July 3rd @ 10am in the 3rd floor board room of the Donald L. Dear Building, 17140 South Avalon Blvd, Carson, CA 90746-1296

Scott Houston has already filed his papers to run for the elected seat in November. All candidates except David Atkinson said they would be considering running for the seat if they weren’t appointed. Scott Ebenstein projected that he would raise $100k in his bid for the seat.

West Basin provides Board Directors with health insurance, monthly car allowances of $400, and monthly communications allowances of $375. They get paid $236 for attending approved public meetings – up to 10 per month. Directors are also enrolled in retirement benefits via the Public Agency Retirement System (PARS).