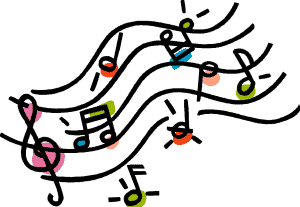 As the wise Frank Zappa once noted, “Writing about music is like dancing about architecture.” As the City Council discussed last Monday, one more time, putting a mechanism in place to open up the possibility of having a different producer for the Summer Concert Series, I was reminded that music is as important to us as architecture, and yes, we do need to discuss this again.

Last Monday night the idea of a Request for Proposals to open the possibility of having a new producer for the Summer Concerts got bogged down in all the things that bog the process every time it comes around; If it ain’t broke, don’t fix it – If we give it away, will we be able to get it back – What if we are so popular we overflow the site … The problem is that the status quo is just fine. And that’s not fine.

I have to admit, the last time this came around, I was in the “If it ain’t broke…” camp. The Summer Concerts have been a tremendous part of my life since I moved to Culver City. I have enjoyed dozens if not hundreds of picnics, laughed and danced with people I have never met before, and enjoyed myself summer after summer.

But I want more – not more of the same thing, but more of more. It’s kind of the way I feel about the seven or eight radio programs that all play on Sunday morning featuring the Beatles. Now, I love the Beatles, but, really, again? And yet if they catch me, while I’m spinning the dial and waiting for the best moment to turn the pancakes, I will sing along to a bit of Let it Be, or Yellow Submarine. I might dance around the kitchen to Venus and Mars.

But – lest we forget- we are Culver City, and if ANYONE is going to break some new ground, it can certainly be us.

We have an awesome venue – the people who choose the architecture for our City Hall created a space for a marvelous party, and I’m sometimes saddened that the only major party that happens in that space is the Summer Concert Series – The Vets Auditorium is great, but City Hall is downtown AND outdoors; even better.

What we need is some new music. There must be a hundred local bands, at least a hundred, that are doing something sweet and fresh that we would all love to hear.

I love the Beatles. A lot. But I need more than status quo. Music needs to push some borders. One of the challenges of getting older, especially for an artist, is that you tend to settle into your expertise and forget about the need to experiment and take risks.

Just as revolutionaries who stay in office too long tend to become conservatives (or worse, reactionaries), art cannot be artistic when it stays the course. Art needs to leave the beaten path and get off the grid. The Summer Concert Series should take some risks, or by the time we have our new architecture downtown and a whole new crowd to party with, we may find that we are still listening to the same sounds.

Let’s see who else wants to play.