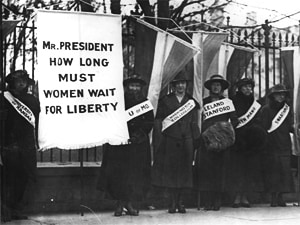 Very few of us bothered to show up and vote.

Why don’t we vote? I  know I’m preaching to the choir here – I voted, you voted, but we are the exceptions. Even the people who thanked me for posting the endorsements so they were able to fill out a complete ballot – they voted. This is something people fight and die for, and yet so many of us just walk away.

I heard a conversation on the radio yesterday morning that left me chilled. The host

of the show was offering to help people vote, and the co-host was scolding – you shouldn’t do that, don’t tell people how to vote. The host was carrying through, and had a woman on the phone who had seemingly called to get voting advice. “So,” he asked, “do you know who our governor is?”

The woman on the phone sighed and giggled. “Oh, I didn’t know you were going to make it so hard!”

Both of the radio hosts dropped their bantering demeanor. “No, then, that’s ok, we won’t tell you to vote.” They were so embarrassed by her ignorance, they had to drop the schtick – it wasn’t funny anymore.

My most cynical side wanted to chime and say – I’ll bet she knows who won the last round of American Idol. I’ll bet she knows the names of all of Brad and Angelina’s children. But it’s not that one caller on the radio that baffles me.

The superior cynics, on both the right and left end of the spectrum, like to tout the idea that government is so corrupt, voting does not matter at all. It’s not true.

Politics is about how we shape our culture, about how we live our lives, together and next to each other. It is the soul of democracy, the form of government most hoped for all over the planet. Yes, I admit our democracy has some very big problems in how it functions, but not showing up to vote is not the answer.

So, in memory of the of all the suffragists and all the martyred students, let’s do better in November. Do it for Susan B. Anthony. Do it for tank man.