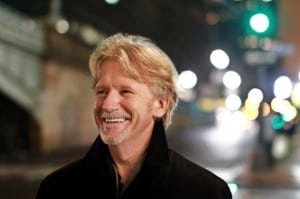 Some jazz pianists dazzle with sheer technical proficiency. Others persuade you with their creative reharmonization, rhythmic manipulation or the lyricism of their melodic lines. Very few can do it all, and Alan Broadbent is one of those who can. Even with all the accolades, two Grammy awards and seven nominations, Broadbent is under-appreciated as a mainstream piano virtuoso, His breathtaking technique and orchestral approach to the keyboard are by-products of his classical orientation and training, which informs and deepens his bop pedigree. If anyone doubts the utility or appropriateness of using classical technique in jazz, Broadbent’s display of improvised fireworks (which are fully evident on several live albums), should put that to rest.

This concert takes place Thursday June 12th 8:00 PM at the Kirk Douglas Theatre as part of the Jazz Bakery’s Movable Feast series. There will be one set only. Tickets are available at www.jazzbakery.org. The Kirk Douglas Theatre is located at 9820 W Washington Blvd in Culver City, right next door to the site of the Jazz Bakery’s proposed new home, a Frank Gehry designed performance center featuring two state of the art theaters and The West Coast Interactive Jazz Museum.

This performance is made possible in part by a Culver City Performing Arts Grant with support from Sony Pictures Entertainment.