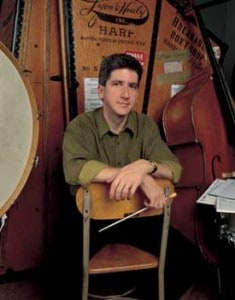 The Los Angeles County Museum of Art (LACMA) opened its 23rd season of [email protected] with Pete Escovedo leading a musical tribute to George Duke who passed earlier in the year. LACMA Director Mitch Glickman commenced the evening with his salute to George Duke who started the Symphonic Jazz Orchestra with him in 2001. Their program focus is on kids in 1st, 2nd, and 3rd grades introducing them to Jazz and Classical music. They taught Los Angeles County School kids—giving musical instruction, concerts, instructional seminars, and workshops. Glickman and Duke helped kids to understand the combination of Jazz and Classical music. Glickman said, “With George the SJO assisted kids in finding their beat by planting musical seeds in their heads that will last forever and a lifetime.”
George’s sudden passing last year ended their 12 year co-directorship.
Glickman’s LACMA Jazz has endured 23 years and has headlined some of the greatest musical jazz in the history of the music: Kenny Burrell, Wayne Shorter, Ernie Watts, Arturo Sandoval, Red Holloway, Charles Owens, Billy Childs, Les McCann and John Clayton. In the early days others played with these greats, including Art Farmer, Dr. Art Davis, Henry Franklin, Patrice Rushen, Gerald Wilson and Harold Land.
Escovedo’s performance (with a band that included his daughter Sheila E. who recorded with Duke in the late 70’s), was a mixture of Latin, Pop, and R&B associated with George who once said about his music, “My music has been a Goulash—a Gumbo of R&B, Fusion, Brazillian, and Jazz.” Escovedo and Duke were fellow East Bay Oakland compatriots who were both influential in helping the Yoshi’s establishment back in the ‘70’s. Kaz Kajimora, owner of Yoshi’s, spoke highly of George and Pete who he said were truly important in Yoshi’s seminal years in Berkeley. ”George was from the Bay Area San Rafael and Pete was from Oakland. They played many times helping the club get started in the early days.”
Also recalling George’s early days, H. Warren former owner of San Francisco’s Half-Note spoke about George’s nightly House Band performances backing Al Jarreau in the 70’s.
Escovedo said at the end, “George was a good friend and colleague and it’s a great honor to be a part of this musical tribute.”
And George liked to perform at benefits and birthday parties: he performed at Rev. Jesse Jackson’s first Beverly Hills 65th birthday celebration; the last Jazz @ Drew; his last Lighthouse gig with Cannonball; and his last year’s Playboy Jazz Festival where he said , “It sure is good to be back home in L.A.” He left us one month later.
Mitch Glickman pulled a coup opening LACMA’s 23rd season with this George Duke Tribute quenching the Jazz thirst of L.A.ers who have awaited since November’s last [email protected]