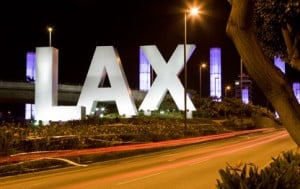 Los Angeles International Airport will hold an open house later this month to discuss a plan to build a new concourse to the west of the Tom Bradley International Terminal, according to the Daily Breeze.

Airport officials Thursday released a draft environmental impact report for the facility, called the Midfield Satellite Concourse, which in its first phase is to include 11 new gates. The draft suggested that greenhouse gases caused by construction and operations would be “significant and unavoidable.”

However, the draft found there would be no noticeable changes to airfield noise.

Copies of the draft can be found at www.ourlax.com, as well as at public libraries in Westchester, El Segundo, Inglewood, Culver City and Hawthorne.

Comments on the draft are being accepted until April 21 and can be submitted online.

The public open house will be from 6-8 p.m. March 18 at the Flight Path Learning Center on Imperial Highway in Westchester.

The new facility will be built in two phases. When the first 11-gate phase is completed, passengers on flights that used the new concourse would check in at existing terminals and take a bus to reach their flights at the new concourse. A second construction phase would add more gates ­— there could be as many as 29 in total when the building is done ­­— and possibly an automated train to whisk passengers from the curbside to the concourse.