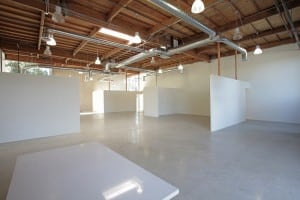 CF Culver City LP has acquired the Westside Business Park for $26.45 million. The 71,749-square-foot business park was a recently repositioned from a light industrial facility to a creative office campus. “This is another example of more institutional capital really looking to acquire creative office space. Creative office is where we are seeing the majority of the demand from the tenant side,” Matt Case of Madison Partners tells GlobeSt.com. Case represented the seller in the transaction along with his Madison Partners colleague Bob Safai.

The property is an extreme example of creative office space. The seller spent significant capital, according to Case, on the renovation, which took place between 2010 and 2013. It features 20-foot ceilings, skylights, polished concrete floors, industrial roll-up doors and outdoor patios. The building is 93% occupied with major creative tech tenants that include Tumblr and Brightest Sound, snowboarder Shaun Whites’ company. The seller had completed about 80% of the renovation, leaving the buyer to complete minimal renovations.

In addition to the newly renovated grounds, the buyer is also positioned to capitalize from the prime location and rising market rents. “The property is just east of the Hayden Tract, which is one of the strongest leasing office markets outside of Santa Monica in Southern California. We are really seeing rent growth and tremendous traction in this immediate submarket right now,” Case explained

As Case explained, Culver City has one of the strongest office markets in Southern California. Last year, several notable creative tenants set up shop in the area, including Beats by Dr. Dre and entertainment firms The Mill, Hungryman, On Board Entertainment and Bandito Films. At the end of last year, vacancy rates were in the mid-6% range with steadily rising rents.