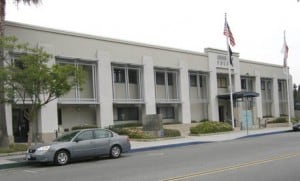 Chief Don Pedersen and the men and women of the Culver City Police Department are proud to present an overview of crime and performance statistics from calendar year 2013. We would also like to take this opportunity to thank all of our Community Partners in the joint effort to impact crime. Due to our combined efforts and developing a positive working relationship, we experienced a decrease in for the year, 2013. We have also developed and enjoyed a partnership with the local media. This partnership has helped us identify suspects and has kept the community informed regarding public safety issues.

In 2013 there was a 16% increase in the number of times the community called upon The Culver City Police Department for service compared to 2012.

A violent crime is defined as murder, robbery, aggravated assault and arson. In 2013 there was a 30% reduction in violent crime compared to 2012.

Property crimes; which include burglary, larceny and motor vehicle theft, experienced a slight decrease, and overall crime in Culver City was down by over 4%.

A case is “cleared” when charges are filed or the case is otherwise solved. In 2013, Culver City Police investigations resulted in a clearance rate of 46%. The 46% clearance rate achieved in 2013 is an increase over the 2012 clearance rate by 9%.