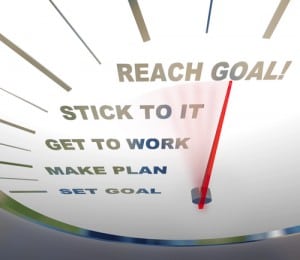 The story of my weight loss must start with the story of my weight gain. After puberty, the doctor was shocked looking at my chart, and noting that I’d gained thirty pounds between the age of twelve and thirteen. From that time, I was considered curvy, but not specifically overweight. I wore bikinis in the summer, and dressed in form-fitting 70’s jeans and paisley or tie-dyed shirts of the era.

About a year after college, I pulled up my roots and went to live in Japan. It had been my dream to do so. To realize that dream, I found the path of least resistance to becoming the wife, at twenty-one years of age, of a Japanese man ten years my senior. I had a good life with him, and have no regrets, but the fact of the matter was that I was unhappy being ripped away from my family and home base at so young an age. I did make great friends there, many of whom are in my life to this day, but the way I staved off loneliness was to revel in the culinary delights of Japan. The Japanese tend to be foodies, although they don’t generally have weight problems. The majority of Facebook posts from Japanese friends even now are pictures of food!

Under-employed for the first several years I lived there, I was bored. I felt too young to have children, and my husband was non-demonstratively attentive, distracted, not much of a conversationalist, and had no hobbies. I did not binge, but ended up snacking constantly, in addition to the three square meals I’d be sure to put away. My life there was entirely sedentary. As I gained weight, I became an even more alien foreigner; over time, I had to shop in the “queen” section of department stores, where “normal” Japanese sizes went up to Size 9.

My greatest weight gain, however, occurred when my mother got sick and eventually died, between the years of 1985 and 1987. There is a photograph of me from my sister’s first wedding in 1988, a year after my mother’s death. I looked like a brick house in the size 16 dress I wore to the wedding. I was eating straight out of a carton of ice cream, brandishing a piece of cake on a fork in my other hand. The photo, when finally developed after I returned to the States in December of 1988 was a wake up call. I joined Weight Watchers in early 1989.

I got with the program, literally and physically. I went cold turkey on alcohol and sweets, and I was apparently young enough that, by merely improving my eating habits according to the plan, I ended up losing close to 50 pounds within a year. I became a “lifetime member,” which means that you don’t have to pay the weekly fees to attend meetings, as long as you stay within two pounds of your goal weight. Over the course of the following twenty-five years, there were few times that I was able to attend a Weight Watcher meeting for free, until Sunday, February 9, 2014.

When you are not in touch with your emotions, you discount your feelings and hide them with external salves like eating. Through what I now see to be emotional roller coasters of my life, my weight went up and down through the years as well. I am embarrassed to realize that friends and colleagues who laud me now for my recent significant weight loss, have seen me thin before. At one point, in the 90’s, I raised my hand at a meeting at stated that I noticed that I seemed to be able to lose weight when I wasn’t in a relationship. I seemed to be able to keep my weight off just long enough to meet someone, filled with the confidence of a trim body, but virtually as soon as I settled into a relationship, I’d start gaining weight again! My leader told me I needed to take a deeper look at what I had just said. I didn’t figure out what she meant until much, much later.

After I gave birth to two children, and eventually got past fifty, I gave up trying to lose weight anymore. Dancing two to three times a week, I was more active than every before in my life. I had a busy life, and, I gave myself the excuse that I couldn’t be bothered with following the requisite rules of a weight loss program. I spared no expense on food and beverages, and, despite Weight Watchers’ admonition to figure out your level of hunger before eating, and trying to notice and feel when you are full. I was oblivious to such interventions. I stopped going to Weight Watcher’s meetings once a friend mentioned that she thought I’d do better in another “room;” one that dealt with problematic romantic relationships.

Nothing worked, until midway through 2013. On June 16th, I did a 5K walk with a bunch of my colleagues from work. I was the slowest person at the school, and returned to the home base huffing and puffing. They posted times, within age ranges, and I was the lowest of anybody in my age range. But I had a picture taken, feeling proud that I had done my first 5K ever. After that, I walked myself straight into Weight Watchers. Since the weigh-in that day, I subsequently lost just over 25 pounds so far. Most significantly, when I took my wallet out to pay last time, I was told I could put my wallet back away in my purse without shelling out the $13; I was within two pounds of my goal weight, and the computer print out said the best four-letter word in the English language: FREE!

But what has been different over these nine months? I did change a few eating habits. I stopped snacking automatically the minute I arrived home. I reduced drinking and desserts. I halved portions, felt fullness, and learned to stop eating midway through a meal. I cooked more, including more veggies in my meals. I did not snack at school or my dance venues. Keeping your wits about food requires a particular logical mind-set, which, I am happy to state, I have been able to maintain lately.

Food was the least of it, however. I stepped up my exercise. I added some long walks down our local bike path twice, sometimes three times a week. I added more dance nights, learning some new dance styles. Finally, although my house is so close to work it does not take five minutes by bicycle to get to or from, I started biking to work from late August. The extra activity is a major factor in my almost miraculous weight loss. Being more active means living a greener, more ethical lifestyle. I now use my bike, am more willing to take trains the way they do in other cities and countries, and I am not afraid to choose walking options whenever I can.

I say “almost miraculous,” because, one of my choices was to only weigh in once a month. I felt that this would help me feel like more progress was being made. If you go every week, you see little ups and downs sometimes, and I knew even the hint of an “up” on the scale would get me down. The monthly weight-ins worked perfectly; I’d lost an average of 2 pounds a month since that fateful day: June 16th. From January to February, I lost over 7 pounds; a touch of stomach flu is always good for a large scale victory!

When I attended a recent Sunday meeting, the topic was “when food is not the answer.” The group talked about “emotional eating,” a topic that comes up frequently, of course. Still, a new light bulb went off. I realized that the third tenet of my weight loss this time was the other new dimension I’ve added to my life this time: writing. This hobby, or shall I say profession, is helping me bring many subjects that are hiding inside my psyche to the fore. People don’t always listen when you speak, but when you write, you never know when somebody actually WILL read what you’ve written! People do not always blog at the bottom of my Culver City Crossroads articles, or comment on my Facebook posts, but they will often walk up to me, as a friend did the other day, and thank me for a particular essay I have written. I find this extremely satisfying. I believe that my writing is the key to the third, more emotion-based, piece.

What I’ve learned that it is not about the food, but about why you are eating it. There is the old adage, “eat to live, don’t live to eat,” and people like me have spent a lifetime of living to eat. But there are very thin “foodies,” who plan the next meal before they are finished with the first one, who love food and wine, but these people, who I often refer to as the “real” people, play the game differently. They seem to know when to stop; they know their limits, they know when enough is enough. I think that thin people might have better (or different, at least – some of them may have other, non-food addictions, of course) emotional outlets than heavy people do.

My final answer to how I have done it this time is: concentrating on what and how I am eating, adding more and varied activity to my life, and being, literally, publicly open about my thoughts and feelings.