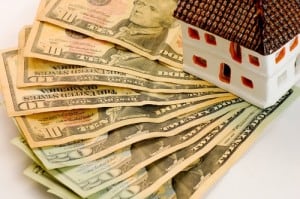 Culver City natives Kim and Jose Garcia lived at 4047 Duquesne Avenue for 19 years until 2013, when a new landlord doubled their rent from $975 to $1,900. Everyone who tried to challenge the landlord at the 12-unit property eventually left to escape the stiff rent hikes.

According to Calvin Alagot @ LA Weekly, the Culver City Council has spent millions of dollars on redevelopment, successfully gentrifying the small town and wooing Sony studio workers and other highly-paid creatives to live there. Longtime residents, many working-class, are being driven out. Culver City Vice Mayor Meghan Sahli-Wells says, “Little by little you’re losing the soul through these insane increases in rent.”

So tenant-activist Shireen Daytona has launched a rent control movement, setting up the potential for a political showdown.

Daytona has submitted to the City Council a 500-signature petition supporting rent control and has launched an online petition at her website, www.culvercityrentcontrol.com. But according to Daytona, landlords dominate politics in Culver City, which is comprised of 45 percent renters.

That board – dominated by people in the financial and real estate industry – granted the Garcias and their 4-year-old child 60 more days renting at their original rate of $975. But the other tenants were discouraged, says Kim Garcia. Daytona explains, “We tried the mediation, it didn’t work. … It didn’t do anything because everyone had to leave.”

Garcia’s own mother, who also lived on the property, moved far north to Paso Robles; one disabled tenant died during the controversy and a third elderly woman left behind all her belongings to move to her brother’s in Chicago.

“The trouble is the laws are behind the landlords and that limits the effectiveness of the [city’s] Landlord Tenant Mediation Board,” says Daytona. “The landlords know what the laws are and that they don’t have to pay” for tenant relocation.

And yet, Vice Mayor Sahli-Wells says, “I’m not seeing huge support from my [City Council] colleagues,” to institute tougher landlord rules or renters’ protections, “which underlines the importance of a real movement from community to make sure it stays front and center.”

But Jose Garcia isn’t sure that anything can be changed, saying, “I love Culver City – it’s turning into a yuppie town. What can you do? The rich are moving in.”

Last June, when Garcia and Daytona brought their concerns to the Culver City Council, Garcia explained that, “Our community is filled with many senior citizens on fixed incomes that have received increases of over 100 percent. In this community we are far behind providing ample housing for seniors and low to moderate income members of our community who have been here for many, many, many years.”

She said a rent control movement in Culver City is “long overdue, this should have been discussed 15 years ago.”

Culver City Mayor Jeffrey Cooper was not immediately available for comment, but we’ll add his views if we hear from him. Vice Mayor Sahli-Wells says, “Not only is it imperative to have a vote on this, but before that we need to have a discussion.”

She notes that “When I moved here in 1984, it was a very different city. It was an affordable city. … It was that affordability that allowed my mom to buy this home where I’m living in Culver City. What’s happened is through the redevelopment and the success of the downtown we’ve become more high-end and we’re losing that economic diversity.

“That, in my mind is very important to our health as a city, to our history and obviously you want the people who are teaching your kids or working in the offices here or in the studios to be able to afford to live in this city,” said Sahli-Wells.

“On the other hand, it seems like we’re on this cusp where you have these mom-and-pop owners of these older apartment buildings and that’s their income, that’s their savings, but then you have these companies, these larger companies that see Culver City as this desirable investment.”