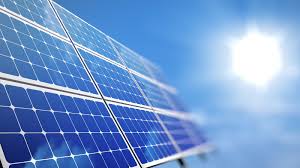 Surrounded by students and elected officials, CCUSD Board of Education President Laura Chardiet will flip the switch on Culver City Unified School District’s new photovoltaic power system during a ceremony at 9 a.m. on Tuesday, February 4 at Farragut Elementary School.

The system will provide 750kW of energy and will result in a projected $400,000 per year to the District’s general fund. The $3.8-million system is part of the District’s on-going infrastructure improvements and is being installed along with a variety of curriculum improvements designed to teach students about climate change, alternative energy and how solar energy generation works.

The event will be preceded on Monday, February 3, with a series of assemblies from 8 a.m. to noon at Robert Frost Auditorium in conjunction with the Alliance for Climate Education (ACE), a national nonprofit dedicated to educating America’s students about the science behind climate change and inspiring them to do something about it.

Please join us for the ribbon-cutting ceremony, the assemblies or both!