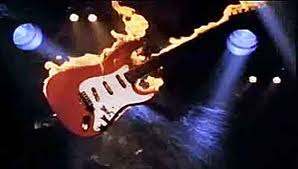 Many young Culver City voters filled the Bar Nine Collective on Helms Avenue in Culver City. Team CPK4CC aimed this particular event at getting the young people of Culver City involved in the conversation of local issues. They publicized the event at Culver City High School in addition to intense Facebook outreach. Zayde Naquib, owner of Bar Nine Collective, opened his doors to this community outreach event. He comes from a specialty coffee background and looks forward to the grand opening of his coffee bar in the coming weeks. His industrial building, turned open-floor-plan coffee roasting bar, attracted all attendees with the delicious smell of freshly roasted beans and lattes.

The audience swelled as the hours grew late. During the eclectic performances, supporters sampled Portobello mushroom sliders and steak sandwiches prepared by Naoum A. Ibrahim. Ibrahim, originally from Syria, graduated from the intensive culinary program at the New School of Cooking this past December. Ibrahim graciously offered to cater the event with his Mediterranean style cooking infused with French and Italian ingredients.

The concert, called the Think Progressively, Rock Locally, encouraged attendees to post their vision of what “progress” would look like for Culver City on the event Facebook page. Responses ranged from creating more housing opportunities to address Culver City’s inadequate housing stock to providing for the basic needs of residents to building a more vibrant, participatory democracy. During the final two acts, candidate Christopher King spoke:

“Win, lose or draw, I believe that we can do campaigns differently. This shouldn’t just be about getting “our person” elected. It should be about benefitting the community.” King continued: “My campaign believes in what we call Commitment to Community. To us, that means doing campaigns differently. So whatever our event raises tonight, I’ll be donating 10% to a local charity.”

The charity that CPK4CC highlighted at this event is Culver City based non-profit, Shoes for the Homeless, Inc. The campaign asked attendees for a suggested donation of $20 plus a donated pair of lightly used shoes to be given to Shoes for the Homeless to further its mission of providing footwear for the homeless and needy.

King took off his Brooks running shoes, exposing his four leaf clover socks for good luck, and tossed the shoes into the donation box.

“Chris believes in practicing what you preach,” said Culver City resident Jonathan Reid. “He inspires us by leading by example. He encourages us to ‘Walk with [him].’”

The event was a dry event: no alcohol was served. This was to respect underage, young voters that the event sought to attract and also to be inclusive of members of the temple at which King is a member, Beit T’Shuvah, which is a Jewish drug and alcohol rehab center.

King hopes to bring new energy, effort and passion to the City Council and hopes events like this one will encourage more participation in Culver City government. Please check out his website at www.cpk4culvercity.com for more information and for pictures from the rock concert. You can also email the campaign at [email protected] or call the team at 818 224 8078.