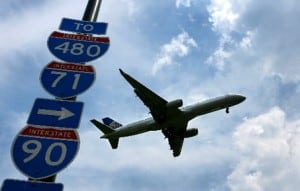 There’s a reason I’d stopped traveling at year end, but I somehow forgot why. Don’t get me wrong; we’re having a great time on our trip to London and Barcelona so far. Having said that, as a travel tip for myself, and for my readers, let us be reminded of some of the trials and tribulations of year-end travel.

First, forget about using frequent flyer miles for tickets. I tried any which way to do so, to no avail. Still, I managed to get some good fares by traveling on what a friend of mine referred to as “Jewish travel dates,” meaning, Christmas Eve and Christmas. She was right; my own parents’ anniversary was on Christmas Day. Why? Because, according to them, they had nothing else to do on that day. So, I started with an excellent fare on Virgin Atlantic to London on December 24th, and it worked for a return flight on another holiday: January 1st. This did curtail possibly more time we could have spent abroad, since school doesn’t start back up until January 6th, but, by keeping the trip short, we won’t hemorrage as many dollars, with the exorbitant prices a dollar carrier pays in Europe these days. I’d forgotten that year-end travel was, above all, more expensive than any other time of year.

Second, I should have realized something was amiss when I struggled to figure out whether we should go to Japan, and rush back before everything shut down from January 1st, or whether to brave Christmas in Europe. I’ve done both before, and walking around a city hungry, with restaurant after shuttered restaurant was no fun. I figured that a major center-of-the-universe type of city like London would be a best bet for Christmas Day. The weather ended up nice, and there was plenty to see on foot or rent-a-bicycle, but, little did we know that there is NO public transportation available on one day a year only in London: Christmas, our day of arrival! So much for the savings gained by traveling on the 24th… We survived, though, with one hefty cab fare in from Heathrow airport, and a neon sign in the distance at dinnerime saying “Open.” As we approached, we read the letters “Indian food,” which was exactly what we craved. As my younger son said, we would have been happy with a Pizza Hut, what with everything closed, but the food happened to be delicious, too. The chicken breast stuffed with minced lamb in a masala sauce was especially fantastic. You don’t travel at year end, because you never know what’s going to be closed or shut down.

Third, there are other inconveniences: weather can be dangerously hazardous, although we haven’t (yet) experienced it thus far. I did in the past, however. The most infamous time was when I was trying to visit my parents in Europe from Japan. In the 1980’s. I was flying from Tokyo, via Anchorage, to meet my family in Zurich. The flight was held over in Anchorage for some technical difficulties, and the plane froze. Not only were we stuck in the plane for hours and hours, but when they let us stretch our legs in Anchorage airport, everything was closed because it was Christmas, no food, drink or souvenirs, for 10 hours. The latest SNAFU on this trip, is not on the topic of weather as much as an inconvenience I’d never before encountered, right here in London. They call it, “planned rail closures.” They are figuring on making repairs to various train lines over the year end holidays, including, I just found out, the express line to Gatwick Airport, which we needed to take on Saturday morning!

The news of this critical wrinkle in our plans ended up being the impetus of this article. Instead of going to sleep as I should, I am now on the “reverse jetlag” of being wide awake at 2:00AM, I realized that I could stay up writing about our journey instead of worrying until morning about our early Saturday flight out of Gatwick airport. This is the stuff travel is made of; just like I said about relationships in my last essay: it is the challenges that are the stuff of interesting stories, not tales of timely, smooth check-ins and pleasant flights on Virgin Airways like we had. Or, the lovely, well-appointed, comfortable, homey, meticulously hosted Cable Street Inn, the bed and breakfast we’re staying at, which was lovingly chosen for us from across the seas by my Australian travel companion (not with us on this trip, but still consulting on my hotels). Moral of the third point I am making about year-end travel: there are simply more hazards to deal with than other times of year.

To sign off, now at almost 3:00 in the morning, everyone in the know knows that autumn is the best season to travel. But that time of year is off limits to a teacher; the nature of the job is such that you can’t take off in those critical first three months of a school year. Summer is always possible, for teachers and everyone else, but my increasing aversion to heat made me wary of many favorite destinations in the summer…that is, at least until I forget about the sweat of summer the way I forgot about winter worries. The challenge with springtime is that people all have different vacation dates, but you can’t beat the weather and the prices. All said, travel, inevitable hassles included, is a joy, not a hardship. Working out the kinks and coming out of them on the other side is worth every minute, and every penny.

Prioritizing travel experiences over new cars, home improvements, or other expenditures has been my modus operandus for many years, and hopefully will continue in the future. Part Two of “On the Road with Ruth’s Truths” continues next time.