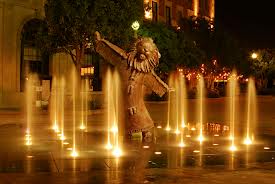 “I am excited to share some good news … nearly $20 million worth! Last night, the city received a determination letter from the California Department of Finance agreeing to accept $2,724,618 to settle our dispute over what the city owed the state after our Redevelopment Agency was eliminated. The state originally wanted Culver City to pay $22,178,120!” An elated Mayor Jeff Cooper was pleased to share the answer to the two year old dilemma of debt and the death of Redevelopment in the state of California.

“Thanks to an incredible, die-hard effort by our City Council and our amazing staff, we have cleared the most contentious part of our fight with the state to get our former redevelopment projects moving forward. Still lots of work to do, but this is a big day in our city’s history!”

When Redevelopment was dissolved in 2011, the state stopped all business being done under the city’s Redevelopments Agency, and allowed it to move forward only under the agreement of making payments to the state, done under the legal awning of the “Successor Agency.”  Now that these payments have been greatly reduced, there may be a stirring of hope for the many projects once held by Culver City’s Redevelopment Agency, such as the housing on Globe Avenue and the long-awaited Parcel B project.

Cooper offered, “It doesn’t mean the Parcel B project can break ground tomorrow, but it eliminates the most contentious part of our Redevelopment dispute with the state. We still have more work to do and additional hurdles to overcome, but this is a giant first step in completing the final piece of downtown and our other parcels.”