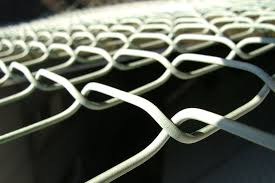 Construction was recently completed on a new eight-foot-tall security fence at El Rincon Elementary School along Sawtelle Boulevard. The former fence was too short and did not properly secure the facility.

The $18,000 project is just one example of the scores of projects that are part of CCUSD’s on-going efforts to address critical facilities needs, especially those involving safety and security.

During the summer and thus far in the 2013-2014 school year, CCUSD has undertaken more than $730,000 in improvements throughout the District.

“We continue to identify and undertake facilities improvements at all of our school sites,” said Superintendent Dave LaRose. “We recognize there is much more to be done, but we are starting to make a dent in upgrading our facilities for the students and staff that use them every day.”

Among the projects that have been completed recently: