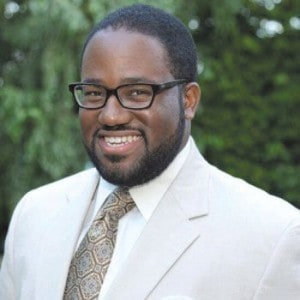 No surprises on election night – Sebastian Ridley-Thomas was the clear victor with 60% of the vote, well beyond the simple majority needed to avoid a Feb. 4 run off.

Former Culver City Mayor Christopher R. Armenta  finished with a strong second place, drawing 36% of the vote, and the third-place finisher, with only  4%  was John Jake, president of the Olympic Park Neighborhood Council.

While there are still hundreds of provisional ballots to be counted, Ridley-Thomas seems easily  favored to fill the vacancy left when former Assemblywoman Holly Mitchell moved to higher office with her election to state Senate in September.

According to the Los Angeles Times ,Ridley-Thomas said in a victory speech to 200 supporters at an election night party in the Crenshaw District,  “The people of the 54th Assembly District have spoken with their ballots. They want jobs. They want quality education for their children. They want access to affordable healthcare. They elected me to deliver results on those important issues. Tonight, I tell the people of the 54th Assembly District… I will deliver.”

The turnout, as expected, was far below dismal, with only 6.87% of eligible registered voters showing up for the race. A total of 18,838 ballots were processed and counted on Election Night.