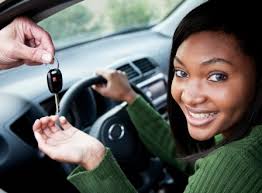 In October, NHTSA began a new campaign to help parents speak to their teen driver about safe driving. “5 to Drive” gives parents the words they need to start the conversation with their young driver about the rules of the road. (Scan the QR code to see NHTSA’s “5 to Drive” campaign.)

In 2011, motor vehicle crashes were the number one killer of 14 to 18 year olds in the United States. That year, 2,015 teens were involved in fatal crashes, and almost half of them (45%) died in the crash.

That’s why we came up with “5 to Drive.” We’re urging parents to speak with their teens and lay down the rules of the road before they drive.

Here are the “5 to Drive” rules you need to set before your teen takes the car keys:

1. No Cell Phones While Driving – Teens texting or dialing while driving are proving to have deadly consequences. In 2011, 270 people were killed in crashes involving distracted teen drivers. REMEMBER, One Text or Call Could Wreck It All.

2. No Extra Passengers – Research shows that the risk of a fatal crash goes up in direct relation to the number of teens in the car. The likelihood of teen drivers engaging in risky behavior when traveling with multiple passengers increased to three times. REMEMBER: No extra passengers in the car.

3. No Speeding – In 2011, speeding was a factor for 35 percent of the fatal crashes of teen drivers. REMEMBER, Stop Speeding Before It Stops You.

4. No Alcohol – Although all States have zero-tolerance laws for drinking and driving under 21, 505 people died in crashes in which 14- to 18-year-old drivers had alcohol in their systems. Nationally in 2011, 27 percent of teen drivers killed had some level of alcohol in their systems. Parents should show zero tolerance for any sign of impaired driving. Teens need to hear it again and again: REMEMBER, No Drinking and Driving.

5. No Driving or Riding Without a Seat Belt – Teenage belt use is not what it should be. In 2011, over half of the teen occupants who died in passenger vehicles were unrestrained. Teens, and all adults for that matter, need to buckle up every trip, every time, day and night, no matter the distance. REMEMBER, Buckle Up. Every Trip. Every Time – Front-Seat and Back.

Even if you don’t think they’re listening to you, they are. Talk to them again, and again, and again. You can also show them with actions on top of words: be a safe driving model when you get behind the wheel. If you display good driving habits, they’ll learn from you and do the same.

You’ve been protecting them their whole life: don’t hand them the keys to a 2-ton machine and walk away. Talk to your teen about the “5 to Drive” rules that can help keep your young driver safe.

To learn more about NHTSA’s “5 to Drive” campaign, visit www.safercar.gov/parents/teendriving.htm