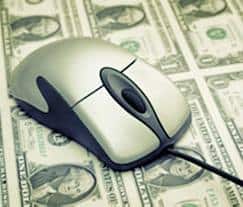 The City of Culver City has launched an interactive and user-friendly online platform of the city’s financial data (culvercity.opengov.com) using software developed by OpenGov.com, a Silicon Valley software startup company. By partnering with OpenGov, Culver City has provided its employees, residents, business operators, and visitors with an unprecedented ability to access, understand, and analyze the City’s budget.

Mayor Jeffrey Cooper stated, “OpenGov provides a more intuitive approach for members of our community, or anyone for that matter, to see how Culver City spends its funds as well as the source of our revenue. While the City’s budgets are already available on the City’s website, this is a much easier way to get a good understanding of what that 500 pages of data means. Culver City has always demonstrated openness and collaboration with the community. This is another example of the City trying to keep people informed.”

“Culver City is leading the way for transparency in government in the 21st century,” says Zachary Bookman, CEO and co-founder of OpenGov. “By making its financial data transparent for its residents, the City organization further strengthens its bond with the community and gives meaning to the term ‘access to information.’” Founded by Stanford technologists and backed by prominent Silicon Valley entrepreneurs and investors, OpenGov develops user-friendly transparency software for operational intelligence and budget analytics.

As cities, counties, and other jurisdictions continue to transition to the digital age, it has become increasingly imperative for cities to utilize state-of-the-art technology to share financial data with residents and other members of the public in a user-friendly way. In a time when people are increasingly demanding open and transparent government, OpenGov is providing cities with a simple way to share data with the community.

This tool allows users to see financial data in a more understandable graphical format and drill into more detailed information. Users can view and compare expenditure and revenue information for six years of historical actual data and the current year budget. The site contains citywide data for all funding sources and activities. Users can easily view information for the City’s General Fund (which pays for most of the day-to-day operating costs of the City), other funds, individual departments, accounts types, or any combination of those items.

The City Council has focused recent efforts on ensuring as much financial transparency as possible. As a part of this goal, the City Council created a Finance Advisory Committee (FAC) consisting of residents, business persons, and City labor group representatives. Working with the City’s Chief Financial Officer Jeff Muir, the FAC is undertaking a number of activities to ensure the City is employing best-practices in financial management and transparency. FAC Chairperson Goran Eriksson commented, “I am happy to see this first step towards increased financial transparency in Culver City and look forward to working with the FAC and City Council to further such efforts.”

The tool is available as a link from the City’s website at www.culvercity.org or as a direct link at: http://culvercity.opengov.com.